President Muhammadu Buhari on Friday has announced the appointment of a new Director-General for the National Broadcasting Commission, NBC.

The new DG is Balarabe Shehu-Ilelah, a veteran broadcaster.

The Minister of Information and Culture, Lai Mohammed, announced the appointment in a statement issued by a presidential spokesperson, Segun Adeyemi, in Abuja on Friday. 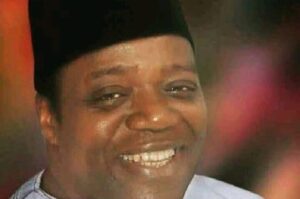 He said Mr. Ilelah’s appointment is for tenure of five years in the first instance.

Recall that after the suspension of Moddibo Kawu as the DG of NBC, Professor Armstrong Idachaba was appointed the Acting DG of the Commission in February 2020.

However on Friday, President Buhari has appointed Mr Balarabe Ilelah, a veteran broadcaster as the Director-General of the National Broadcasting Commission (NBC).