DAILY GIST has unveiled the identity of Ike Ekweremadu’s daughter who needed kidney transplant in the United Kingdom.

The daughter’s name is simply identified to be Ms. Sonia Ekweremadu.

DAILY GIST had reported how Ekweremadu and his wife were arrested by the Metropolitan Police in London for alleged conspiracy to harvest the organs of a child.

According to a police statement, Beatrice Nwanneka Ekweremadu, 55, of Nigeria, is accused of conspiring to arrange or enable the flight of another person with the intention of exploitation, specifically organ harvesting.

The police also said in a statement that “Ike Ekweremadu, 60 (12.05.62) of Nigeria is accused with conspiracy to arrange/facilitate travel of another person with a view to exploitation, namely organ harvesting.”

Ike and Beatrice Ekweremadu both appear at Uxbridge Magistrate Court on charges relating to the conspiracy of human trafficking for organ harvesting.

The alleged victim is homeless 15 year old boy who was brought to the U.K. by Mr and Mrs Ekweremadu off the streets of Lagos Nigeria.

When they were arraigned on Thursday, the court refused to grant them bail but ordered that they should be remanded till July 7th.

According to document obtained, Senator Ike Ekweremadu it was learnt notified the UK authorities that he was transporting the individual abroad for a kidney transplant for his daughter in a letter that was submitted with the visa application of an alleged homeless child.

The document stated that Mr. Ekweremadu sought for the victim, David Ukpo’s visa on December 28, 2021.

According to the letter, David was required to travel to the Royal Free Hospital in London to participate in kidney donor screenings after giving his approval for the arrangement.

“I am writing in support of the visa application made by Mr. Ukpo Nwamini David, who is presently undergoing medical evaluations in preparation for a kidney donation to Ms. Sonia Ekweremadu,” the letter’s opening line read.

“I will be providing the necessary funding, and David and Sonia will be at the Royal Free Hospital in London. A statement of my bank account is included. If you need more information, don’t hesitate to get in touch with me. “Please accept my sincerest regards,” I said

There is no doubt that this is a serious accusation, according to Gavin Irwin, who is Ekweremadu’s attorney. Mr. Ekweremadu represents Nigeria in the senate.

“He previously served as the Deputy President of the Senate, which was an even more important position. He belongs to the Nigerian bar. A law company bearing his name has him as a principal.

When all of these problems are considered, he is far more than just a person of excellent character; rather, he has lived a life of integrity while serving the public. Irwin continued, calling the accusations “nothing short of absurd.”

Defending Mrs. Ekweremadu, Antonia Gray stated, “She has never participated in or been complicit with any suspected criminal trafficking of any young person. She has a spotless record as a financial accountant.

According to the prosecution, the Ekweremadus are accused of bringing a 15-year-old Nigerian boy to the UK under the pretense that they would provide him with a better life, but their true motive was allegedly to harvest his organs.

The former senate president obtained a passport for the youngster under the pretense that he was 21 years old, but it was later determined that he was only 15 years old, the prosecutors testified in court.

The Ekweremadus family had a daughter who had a kidney-related illness and had been receiving dialysis for quite some time, the prosecution further revealed to the court.

They testified before the court that they thought the boy’s organ would be used on their daughter, who appeared to require a kidney transplant.

DAILY GIST gathered that Ekweremadu’s daughter, Ms. Sonia recently graduated from a UK school and had an elaborate and flamboyant graduation ceremony which was attended by her dad and other members of her family.

SEE HER PHOTOS BELOW: 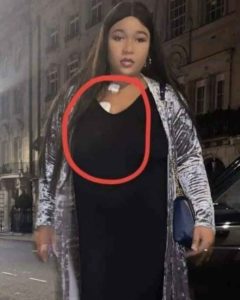 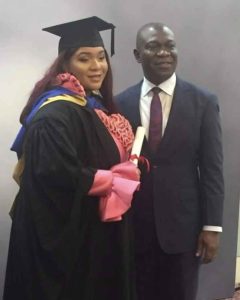 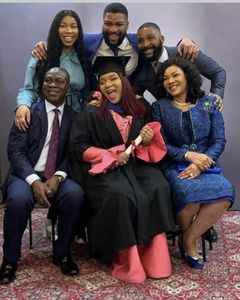 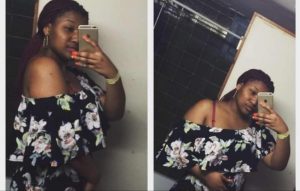