Faces of students that reportedly beat 12-year-old Sylvester Ororomoni, a student at Dowen College in Lekki has been revealed.

DAILY GIST had reported how Sylvester was allegedly killed by his fellow school mates.

According to reports, the deceased was said to have been assaulted by some cult groups, who he identified before his death, as students of the college for refusing to join the fraternity.

He was admitted in a Lagos hospital on Friday following the attack and confirmed dead on Tuesday.

The death of Oromoni Jnr has continued to generate reactions from concerned Nigerians, including celebrities and politicians, demanding justice for the junior secondary school boy.

However, the school, in a statement on Friday, denied all allegations, insisting that the schoolboy only complained of hip pain after playing football.

Dowen College: Why We Release Suspected Killers Of Sylvester — Police

But speaking with BBC Pidgin, the father of Oromoni claimed that a result of an autopsy conducted on the child revealed that his liver and other parts of the body systems were damaged.

According to him, before Oromoni gave up the ghost, he explained that the boys who allegedly bullied him, forced him to swallow a substance which affected his mouth, liver, and other parts of the body.

However, A Twitter handle, @perrisonoromoni understand to be one of Sylvester family tweeted on Sunday, the photos of those behind the gruesome murder of the 12-year-old Sylvester Ororomoni, a student at Dowen College in Lekki

“These are the faces of the students that beat up my little cousin Sylvester Oromoni Jnr,” the handle tweeted 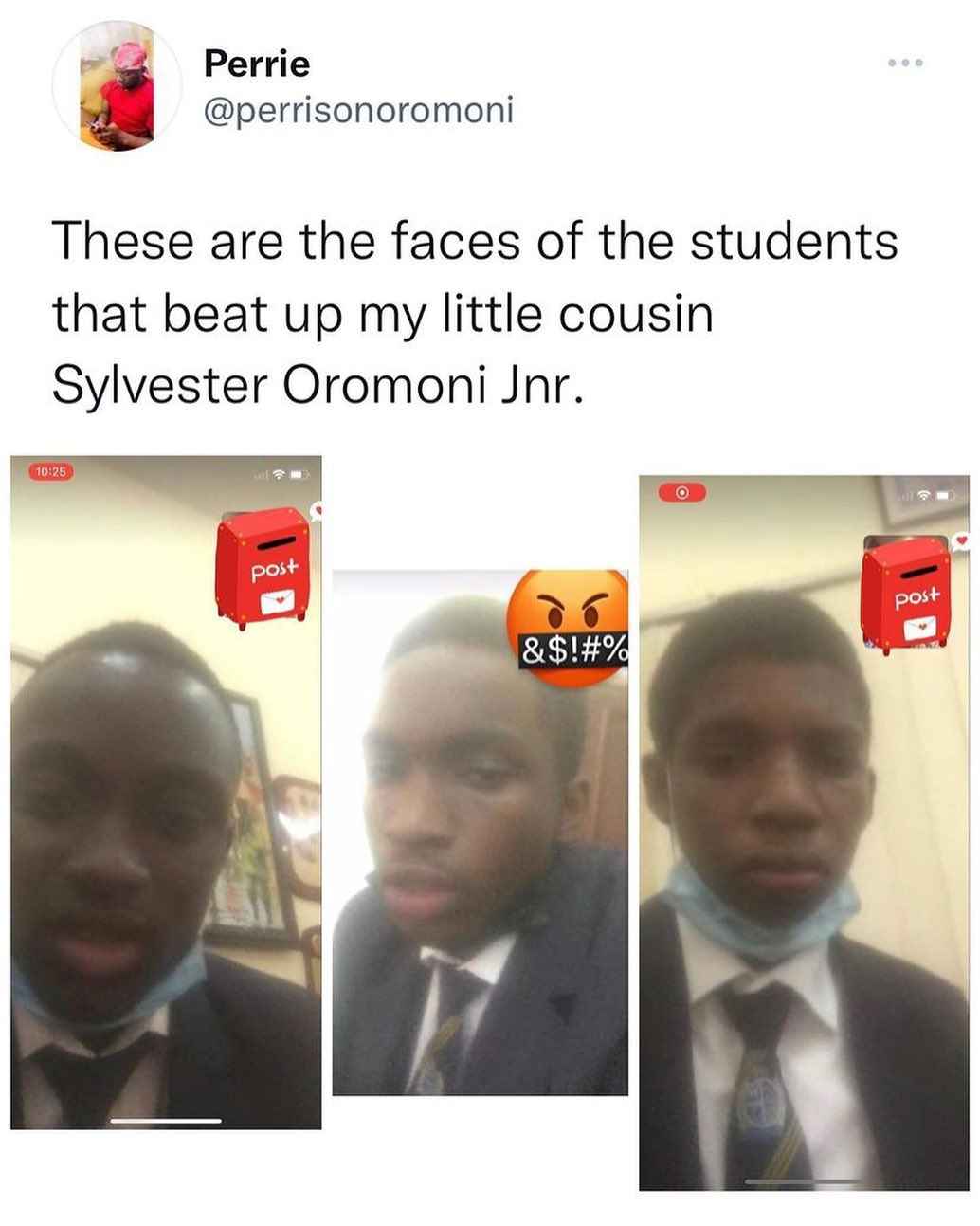