Nigerian producer, Samklef and popular singer, Simi have engaged in war of words over sexualizing tems.

Samklef has continued his war of words with singer, Simi on social media. In his latest verbal outrage, he called the singer a snake.

Recall that Simi had accused Samklef of sexualizing musician, Tems in a tweet.

It all started whien Samklef tweeted that he looks forward to setting his eyes on Tems buttocks. This statement of his witnessed various attacks from various angles.

Samklef had shared a photo of Tems on his handle with the caption: Everybody can’t wait to see Tems yansh. Me self dey wait. Who dey wait with me?’ 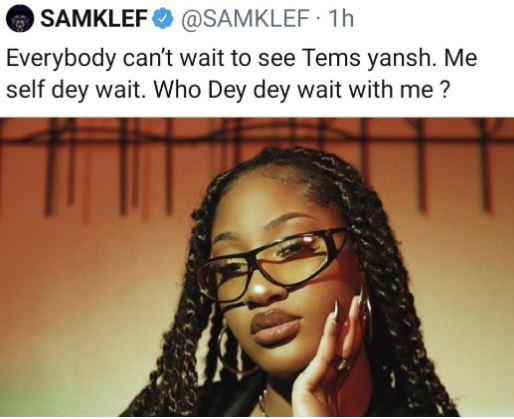 Simi saw his Tweet and was apparently appalled by it. She replied on his Timeline.

”Wtf is wrong with you?’ ‘she wrote

This irked Samklef as he felt she could have sent him a dm to ask him to take the tweet down. He went had on her, calling her names like ”ingrate”.

See his tweets below: 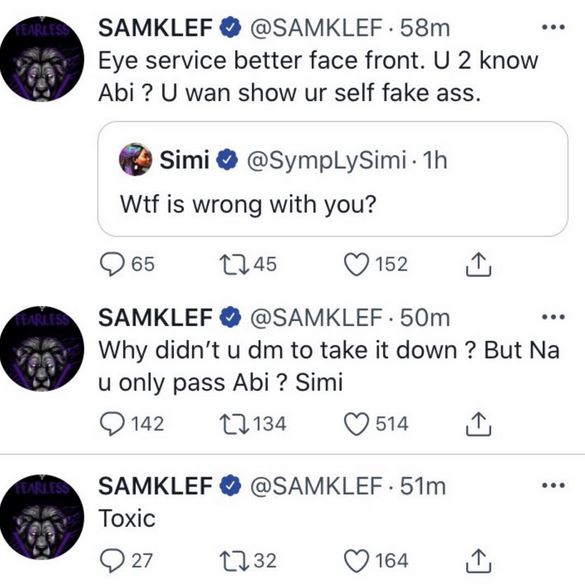 Simi who was among those who spoke against Samklef’s post subsequently got a very negative response from him.

In a live video, the music boss has continued to pour out his rage on Simi. He insisted that he is the one who trained and groomed Simi and instead of being grateful, she is disrespecting him.

Samklef further referred to Simi as an ingrate.

A lecturer at the University of Calabar, Paschal Aboh, has been arrested for allegedly impersonating a resit student. Aboh was...

The Federal Government has cleared the air on reports that it is planning to ban Facebook due to the activities...

The management of Ibadan polytechnic has confirmed the death of a Higher National Diploma (HND) student of the institution, identified...

A High Court has arraigned a Mathematics teacher at Sawla Senior High School(SHS) for having unlawful carnal knowledge of an...

Some suspected kidnappers and bandits connected to major violent crimes have been apprehended by the Force Intelligence Bureau Special Tactical...

Gabon and Barcelona striker, Pierre-Emerick Aubameyang, on Wednesday, announced his retirement from international football. Aubameyang has decided to focus on...