Unbelievable! Popular OAP Discovers He Is Not The Biological Father Of His Two Children After Over 20 Years, Publishes DNA Results (Photos)

The popular On Air Personality in Cross River, Kanedrick Kingsley who is popularly known as Fada Kane, has discovered that he is not the biological father of his two children after over 20 years.

The broadcaster with FAD93.1 FM Calabar, took to social media on Friday morning, March 25, to publish court affidavits as well as details of the DNA test confirming that he is not the biological father of the children as alleged by his ex girlfriend, MarryAnn Efa.

“This is to inform the general public that I, Kanedrick Kingsley Agwu popularly known as Fada Kane is not the biological father of Anthonia Duke and Paul Duke as alleged by one Miss MarryAnn Efa Duke,” he wrote.

“Attached here are the copies of DNA and court affidavit to further ascertain my claims. MaryAnn Efa and her family are free to contest the DNA results through the court where I too can legally file for damages for such allegations.”

Meanwhile, the OAP had on March 18, revealed that he was only 16 when his ex-girlfriend alleged that he was responsible for her pregnancy.

“As soon as my mum heard “I am pregnant for your son”…wahala set. I was just 16! At 17 I was already an alleged father of 2 and that was the beginning of this movie. I was thrown out from the house, pained and shamed by families and friends. Stay tune for the rest of the story.” he wrote. 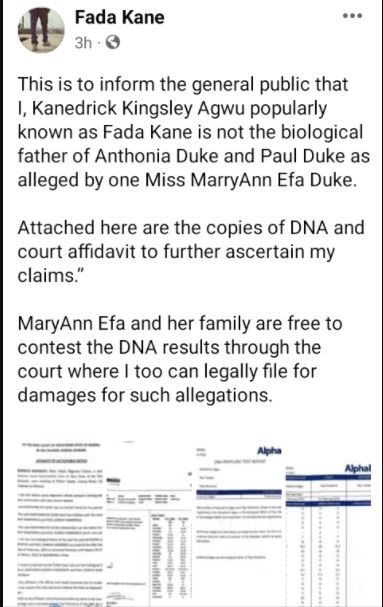 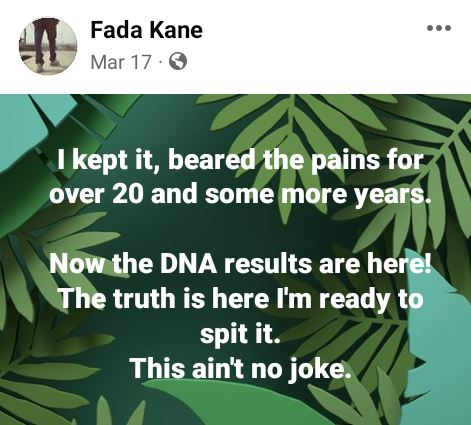 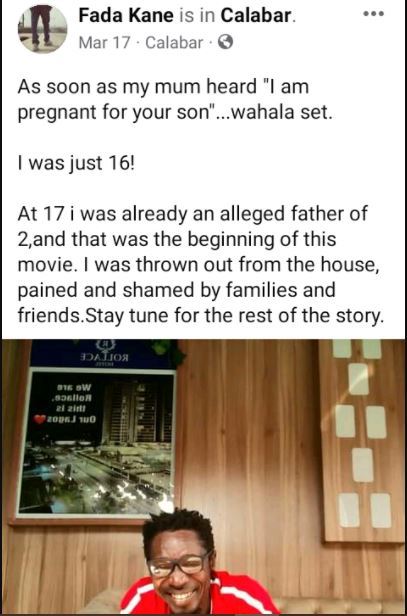 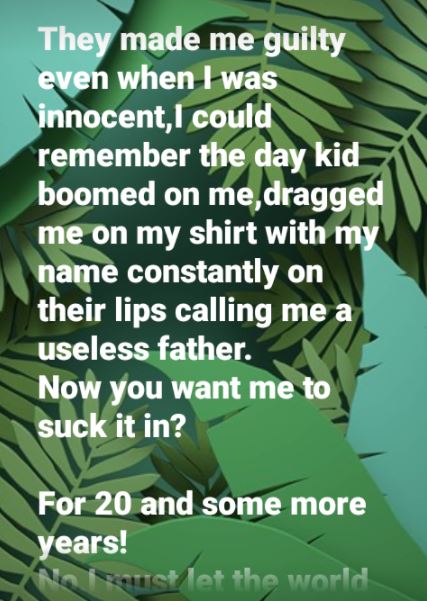 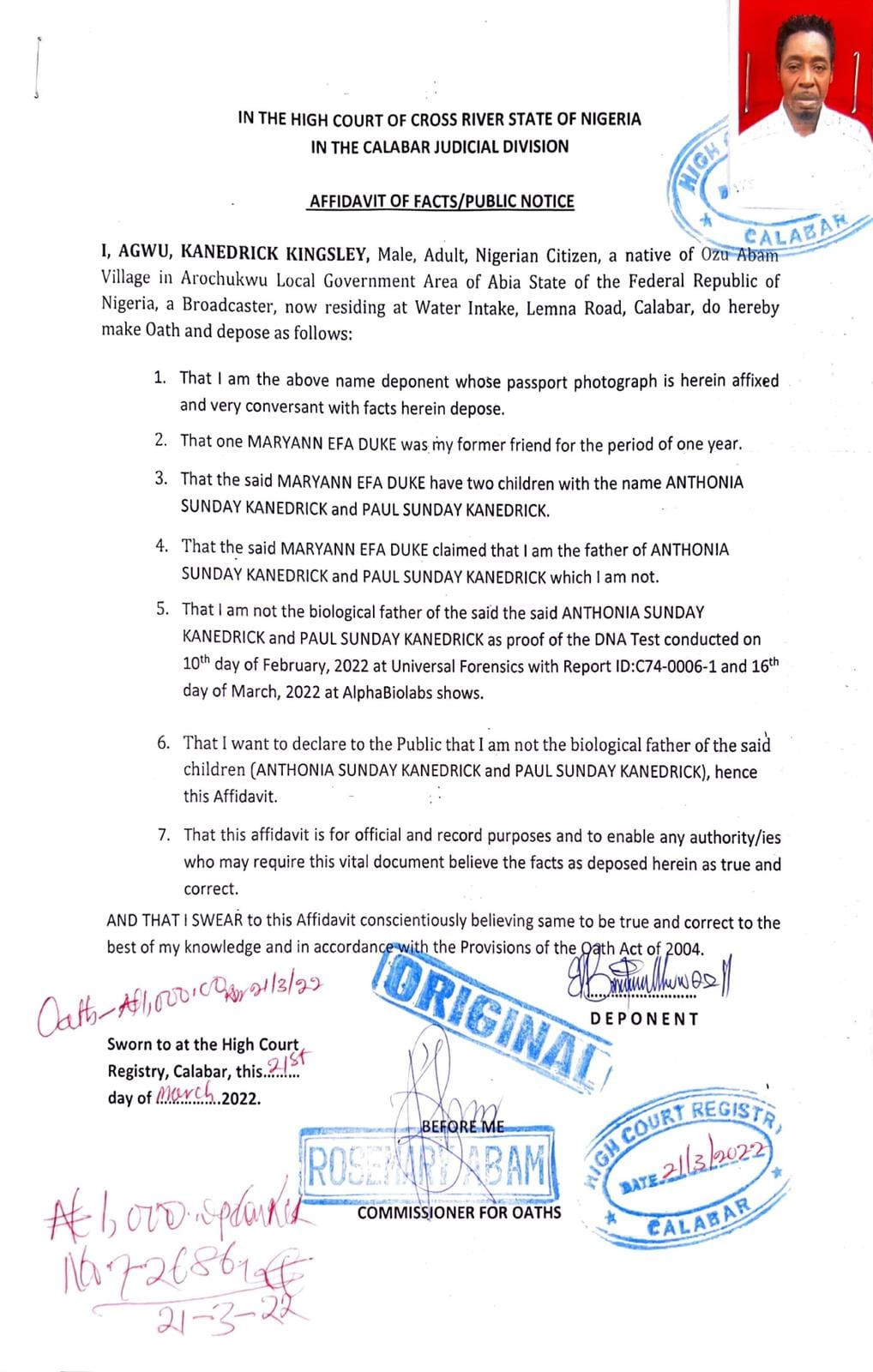 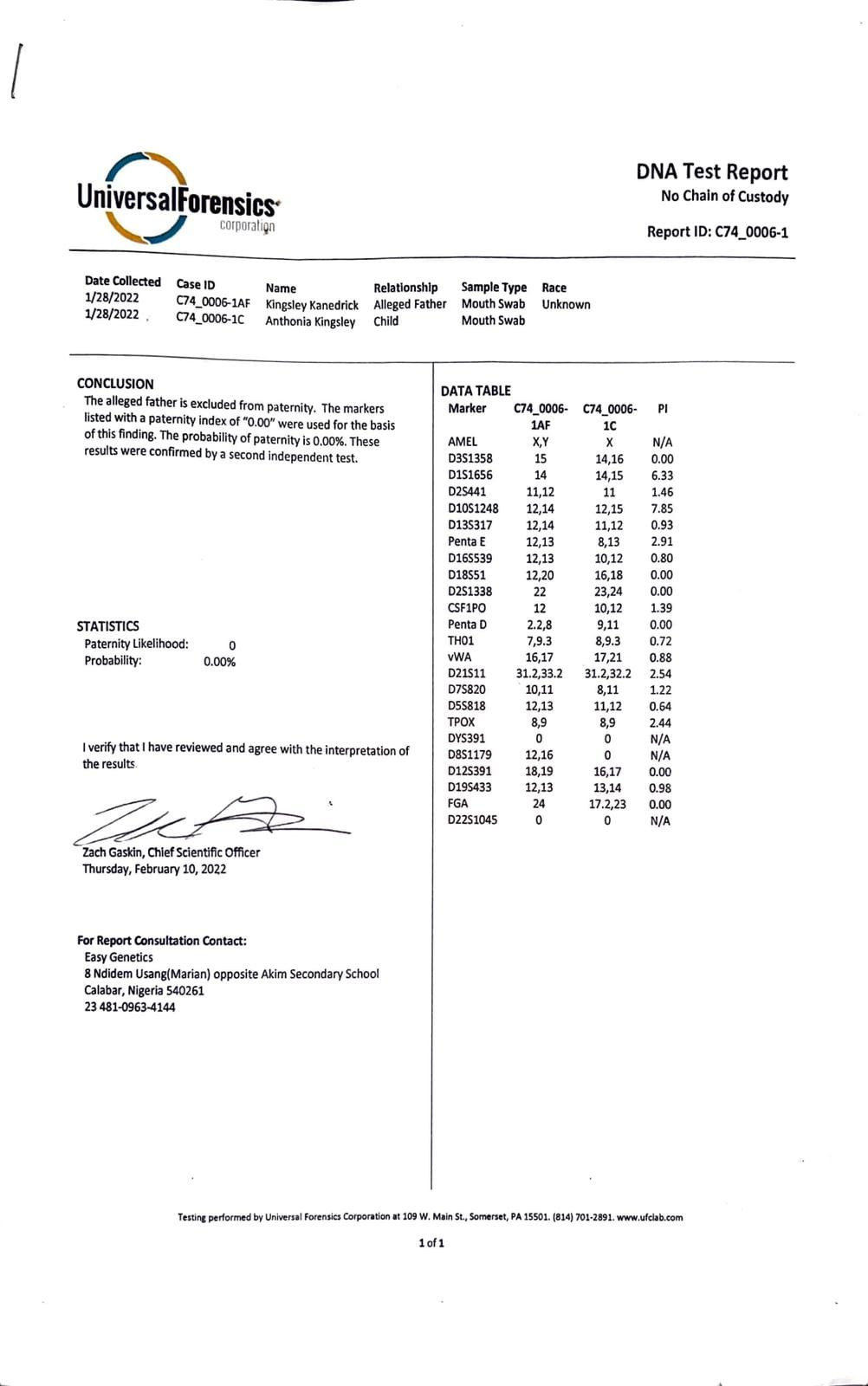 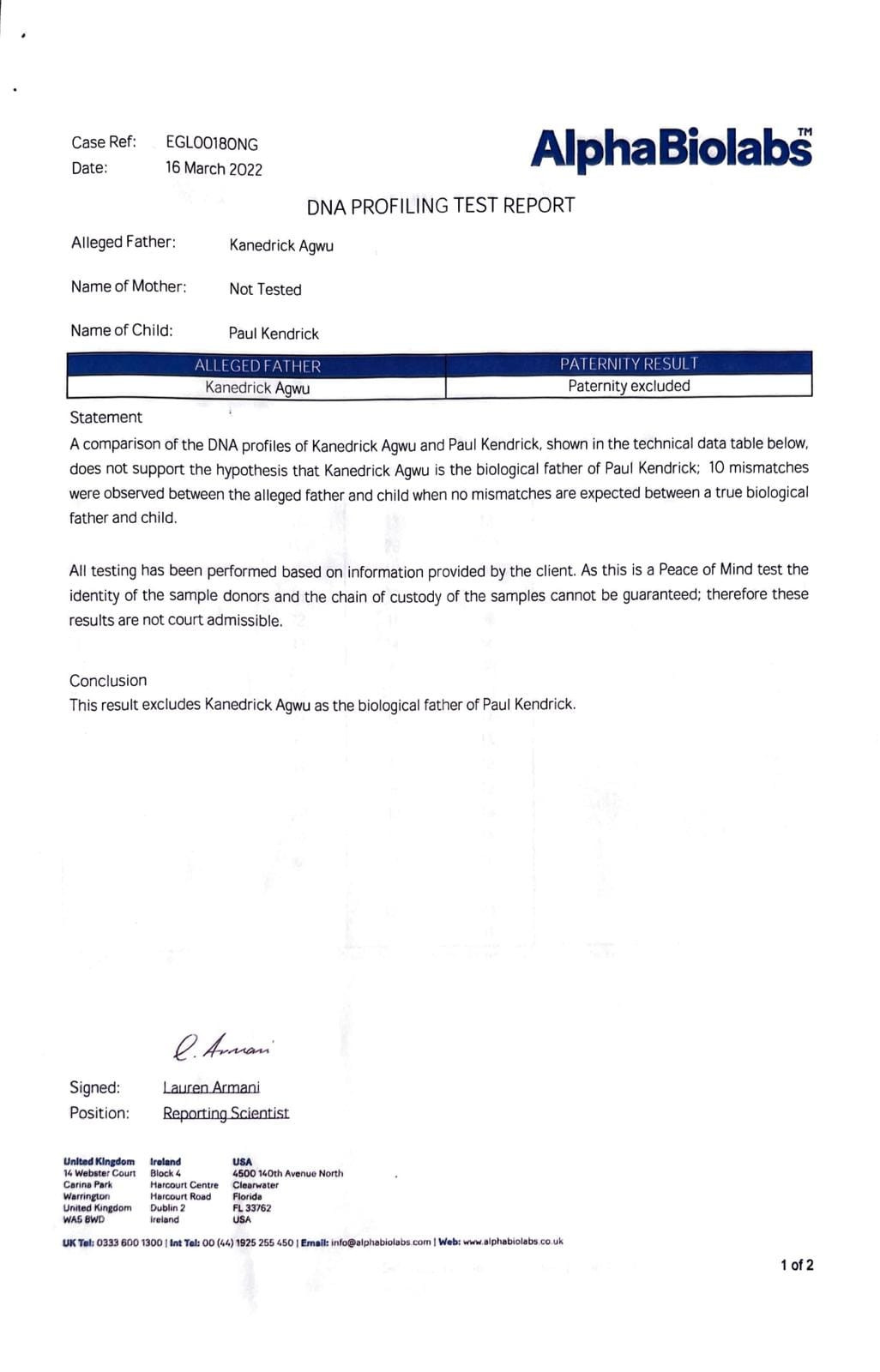 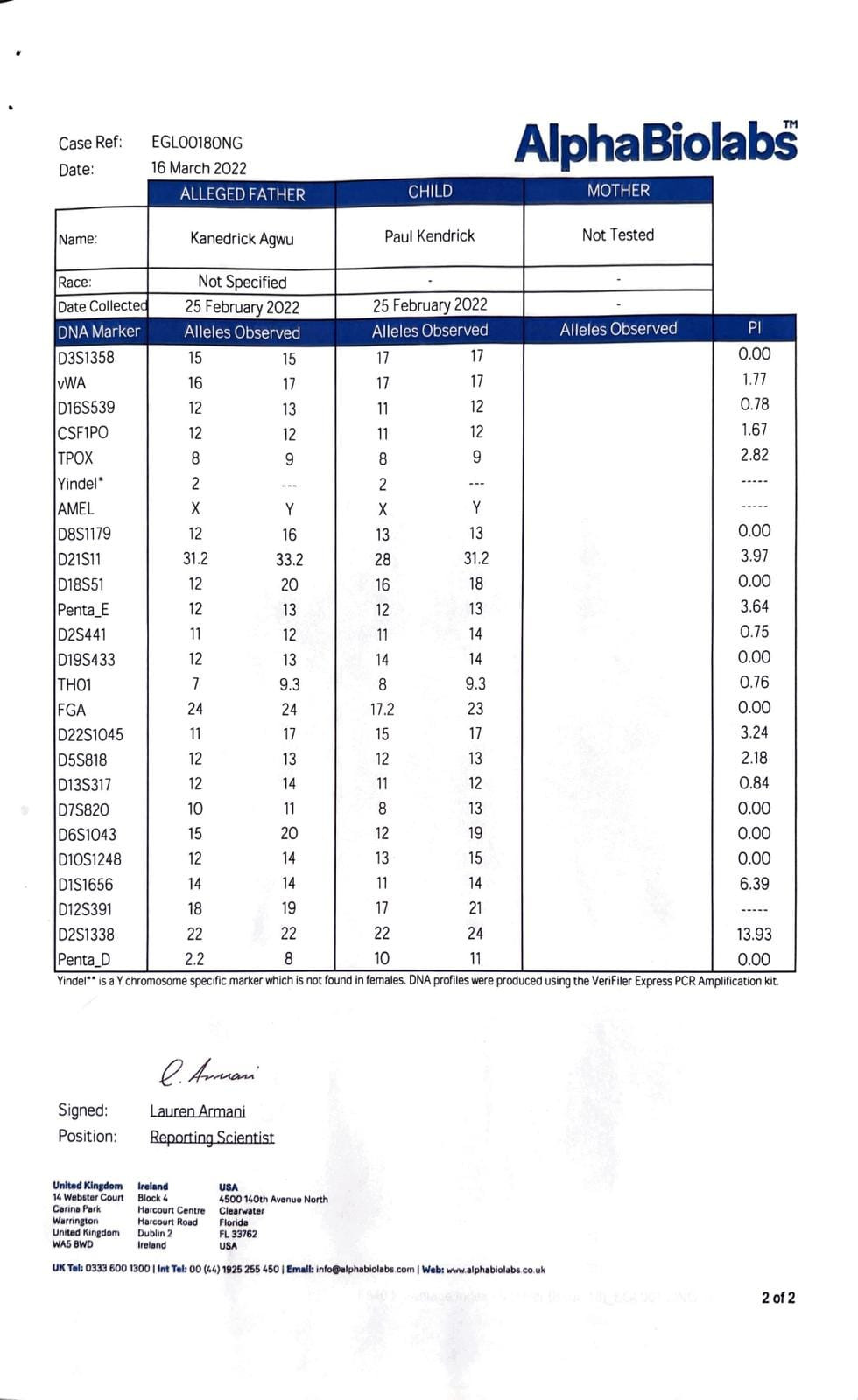 We Don’t Have A CBN Governor, What We Have Is A Cashier – SDP’s Adebayo