The Nollywood actor that allegedly hacked the social media accounts of comic actor, John Okafor, popularly known as Mr Ibu has finally been arrested by the police.

Taking to his Instagram page to make the announcement, Mr Ibu’s daughter, Chioma Jasmine who penned the post stated that the actor has been nabbed and his case is in the police station.

She stated that the actor has confessed to having indulged in the act but the reason for his action is yet to be known.

“This is to let everyone know that we have cat fished the person that hacked MR Ibu’s verified Instagram account! He was arrested yesterday and the case is in the police station! He confessed to the crime and investigation is still on going, it’s so saddening to know that it was one of the colleagues in the nollywood industry.”

“His motives are still yet to be known. Revealing his identity depends on how far the extent of the damages that he was using the account to do was ! Please help us let the general public know that they can stop reporting the account now as it had been restored to us! Thanks.”

A question on whether to reveal the identity of the actor or not was also thrown at social media users.

“Should we reveal his identity or temper justice with as he has been begging for forgiveness since yesterday! Note he also hacked his Facebook and the email he uses in receiving notifications from bank! He’s only begging we cover his identity because he said it will Jeopardize his career in the nollywood industry ! Please what do y’all suggest we do in this regard! Keep sharing until it gets to the appropriate news agencies! Thanks regards! Chioma Jasmine” 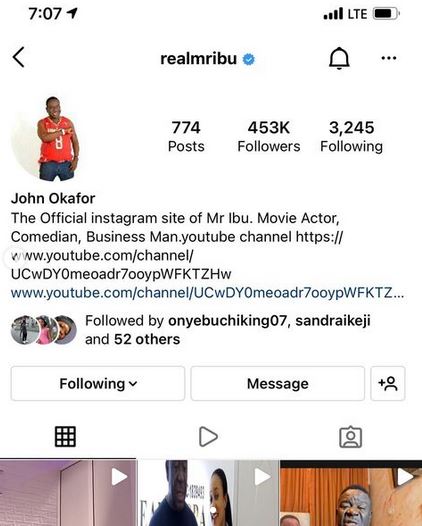 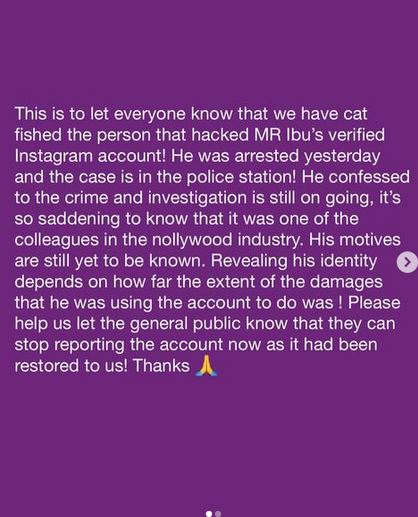 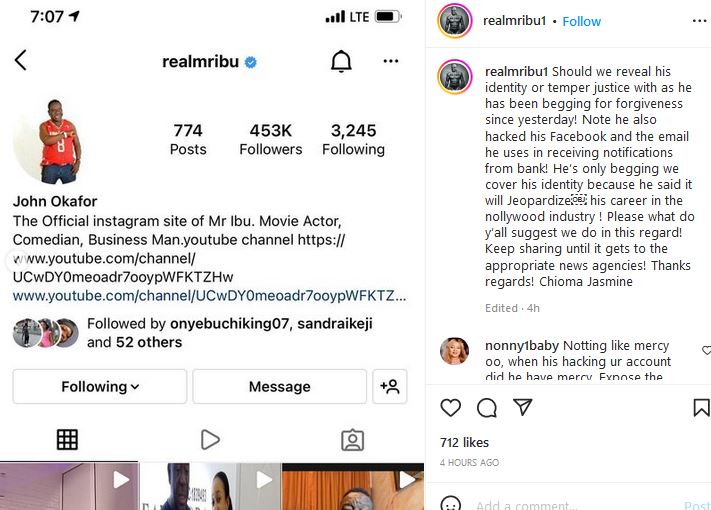 JUST IN: Court Announces New Update On Abba Kyari’s Extradition Case To US

JUST IN: Court Announces New Update On Abba Kyari’s Extradition Case To US