Operatives of the Borno police command have arrested some suspected h*mosexuals who were allegedly planning to hold a g*y wedding ceremony in Gwange area of the state on Saturday, April 16, 2022.

This was revealed on Facebook by Mohammed Tijjani who thanked the councillor of Mashamari ward in Jere Local Government Area of the state, Hon Ibrahim Burma shuwa, and the DPO Gwange Division for the prompt arrest of the suspects.

“H*mosexuality is a taboo in the culture of kanem BORNO and whole world at large, the punishment from religion perspectives of both Muslim and Christians are severe resulting to killing etc,”

Remember sodom and Gomara of Biblical era, where a whole nation was turned upside down.

My heart beats increased rapidly, when one turned and look back at the security situation of BORNO state, so symphatetic.

Well, my question to these young devils is, of this horrible act, do they know the consequences of such act ? Do they pity innocent victims of the insurgency, where thousands and hundreds die while some are displaced, with permanent injuries ,and ,many more missing, for God sake, do they want sadom and gomara punishment to be repeated in these insurgent devastated state ?

It was learnt that the guys arrested were planning to organise a big G*y marriege ceremony.

My dear, while these shameful act are comitted ,our Caring Governor of BORNO state his Excellency professor Babagana Umara Zullum Fnse,Mni was busy assisting the displaced community, While corrupt and undesirable elements in the society are busy thinking otherwise

I SWEAR, NA RANTSE DA ALLAH, no group or evil people can succeed in destroying the present government of Professor,Babagana UMARA ZULLUM , FNSE,MNI, Because of the genuine intention which is built by transperancy and better accountable governance.” 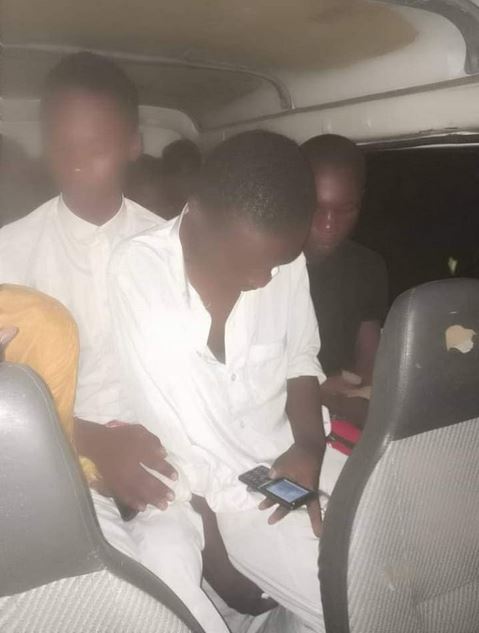 2023: Why We Support Tinubu Instead Of Osinbajo – Yoruba Ronu