Some students of Obafemi Awolowo University ile-ife stormed the university campus gate on saturday for demonstration against the increment of fuel price in the country, a development which caused transport fare hike on campus.

DAILY GIST gathered that the protest which lasted for up to 2hours started around 9:a.m on saturday.

The students who gathered in their numbers at the campus gate were seen by DAILY GIST carrying different playcards demanding for President Muhammadu Buhari resignation.

Recall that the federal government through Petroleum Products Pricing Regulatory Agency, on Friday had fixed N212 for the new petrol price, a development which generate a serious outrage from Nigerians.

The agency, hours after the alleged fuel hike report however reverses it’s decision, a check by DAILY GIST also confirmed that the report has been deleted from PPPRA website. Although as to what really triggers the reversal, It was unclear whether pressure was mounted on PPPRA to delete the template to douse public outcry, a move that was not immediately clarified by officials.

Below Are Some Of The Photos During The Protest;

EXCLUSIVE: The Campus Was Not Shut But No Preparation Yet For Resumption Of Academic Activities — OAU 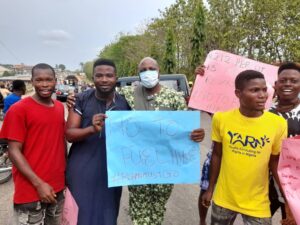 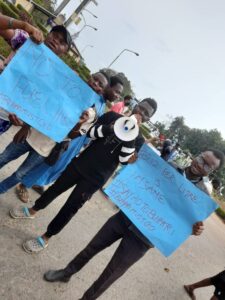 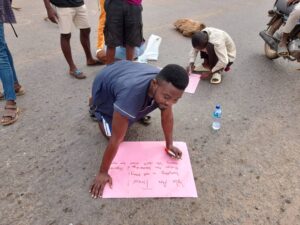 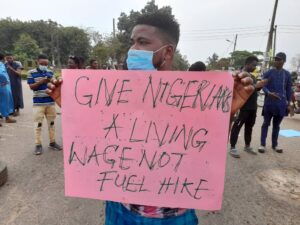 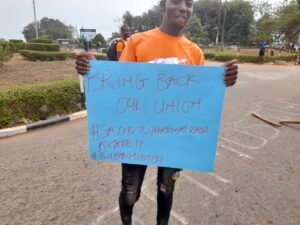 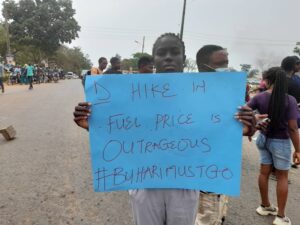 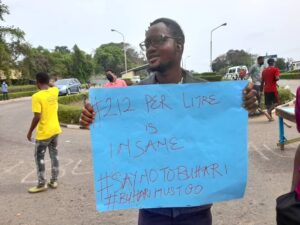 How Social Media Saved Us – Student Attacked By Bandits Recalls

How Social Media Saved Us – Student Attacked By Bandits Recalls