A federal lawmaker has been exposed for allegedly sharing expired rice as Ramadan package for his constituents.

The lawmaker has been identified as Mukhtar Muhammad Dandutse, representing Funtua/Dandume Federal Constituency.

According to Katsina Post, the expired rice, packaged in a maize sack was first shared by one Yahaya Shehu who claimed to be the neighbour of the lawmaker and who also got a bag of the Ramadan package from him.

Shehu wrote (in Hausa) that he collected the rice as his share of the Ramadan package as a neighbour of Dandutse. He also thanked him for gesture.

Meanwhile, the lawmaker has been under fire for some days now especially on social media platforms for his action.

Bobrisky Reveals Why He Can’t Partake In The Ramadan Fast 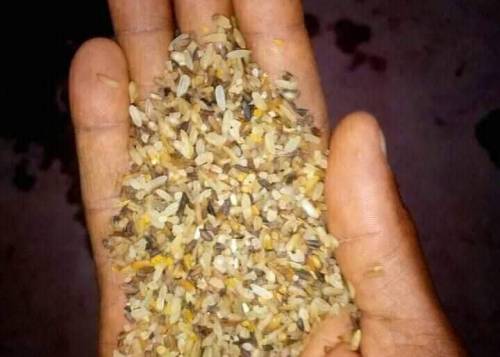 How I Was Ridiculed, Mocked After My Son Died – Pastor Adeboye