The former Red Devil’s defender visited Oshodi as part of the Chess in Slums initiative by founder, Tunde Onakoya.

Onakoya on Thursday has announced on microblogging platform, Twitter, that a Manchester United legend would be visiting the Oshodi underbridge to play chess with less fortunate kids. 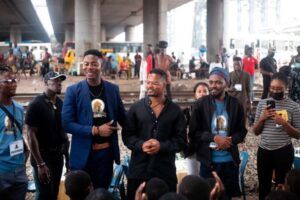 He asked his followers to guess who it was the Manchester United legend is.

He wrote, “A Manchester United legend/former captain and a UEFA Champions League winner will be coming to play Chess against some of the kids in our academy at Oshodi underbridge. Can you guess who it is?”

EPL: They Will Announce His Signing On July 7 – Angelo Di Livio Reveals Cristiano Ronaldo’s Next Club 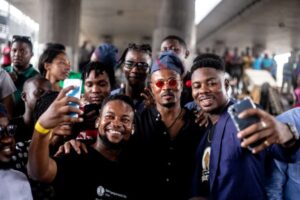 There were many guesses until Evra announced on Friday that he would storm Lagos State, he wrote, “Breaking news! Evra bus stop will stop in Nigeria for the first time ever.”

Evra in a video posted on his Twitter handle was seen playing chess with some of the kids in the Oshodi underbridge.

EPL: They Will Announce His Signing On July 7 – Angelo Di Livio Reveals Cristiano Ronaldo’s Next Club