lady whose husband was shot after she refused Burna Boy’s advances at a night club has shared her own story.

According to Briella Neme, the incident left her traumatized.

She added that the musician ruined her vacation.

Briella said she, her partner, her best friend and husband came to Nigeria from America and London for a childhood friend’s wedding.

After the wedding, they went to Cubana Lagos night club to celebrate the newlyweds on June 8, 2022.

They were having fun in the VIP area of the club when she said a man approached her to talk to her on behalf of Burna Boy.

She said she told the man to inform Burna that she is married and not interested in the singer.

The man returned a second time and she gave him the same answer.

When he came the third time, insisting Burna wants to meet her, the group with Briella flared up at Burna’s friend and this led to a verbal confrontation.

The verbal confrontation degenerated into a physical fight and Cubana security stepped in to stop the fight.

As Burna’s friends were returning to their seat, another fight broke out and security intervened again.

She said this led to chaos and she couldn’t find her partner and best friend.

In that confusion, she said one of Burna’s friends lifted her and threw her “so hard on the floor” hurting her left shoulder.

She said one of her friends tried to get Burna to talk to his boys but he just laughed and left the club with his security.

She added that Burna Boy’s friends were also shooting at people attempting to leave the club and “they were out to kill and didn’t care who got hit.”

She also said that when she finally got to a place she thought was safe, the man who intially approached her on behalf of Burna saw her and told her, “you’re the one that was doing shakara, abi?”

She said he then reached into his pants to get something resembling a gun but her friends came to her rescue.

She said she later found out her partner had been grazed in the head with a bullet and his friend was shot in the thigh.

She explained that the incidnet left her traumatised and after seeing Burna Boy’s response, she’s been feeling worse.

Burna Boy gave a vague response after the shooting was reported. 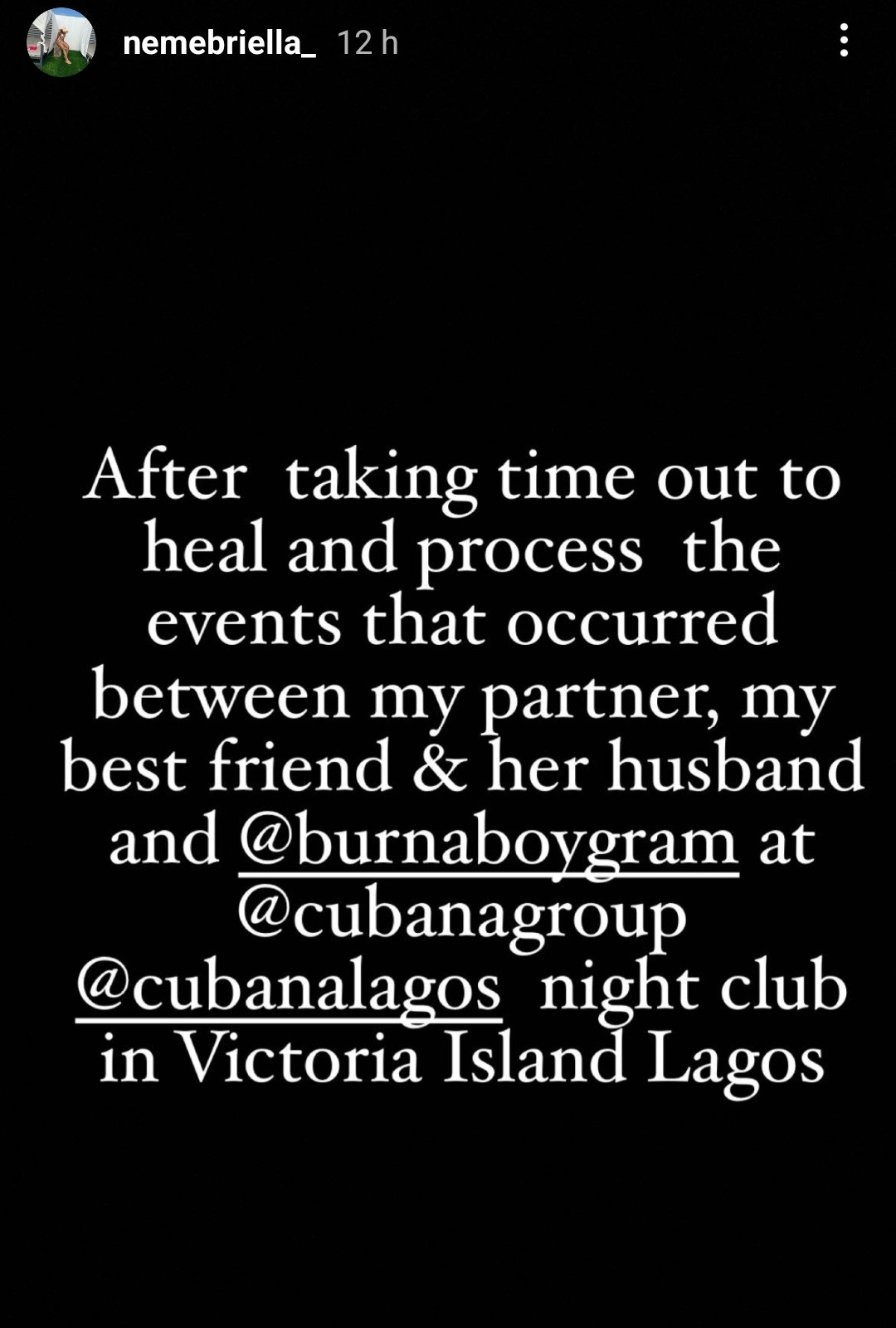 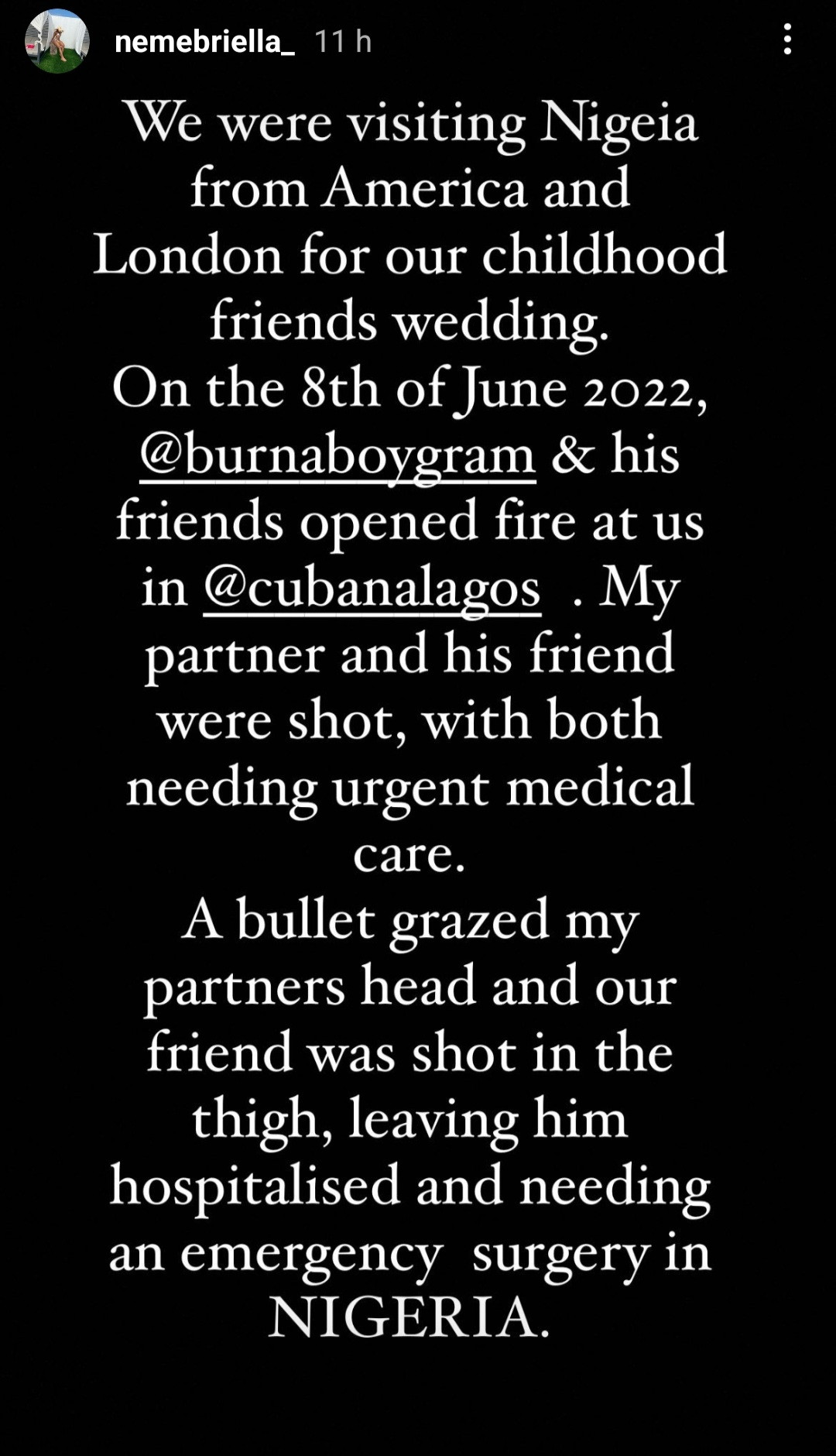 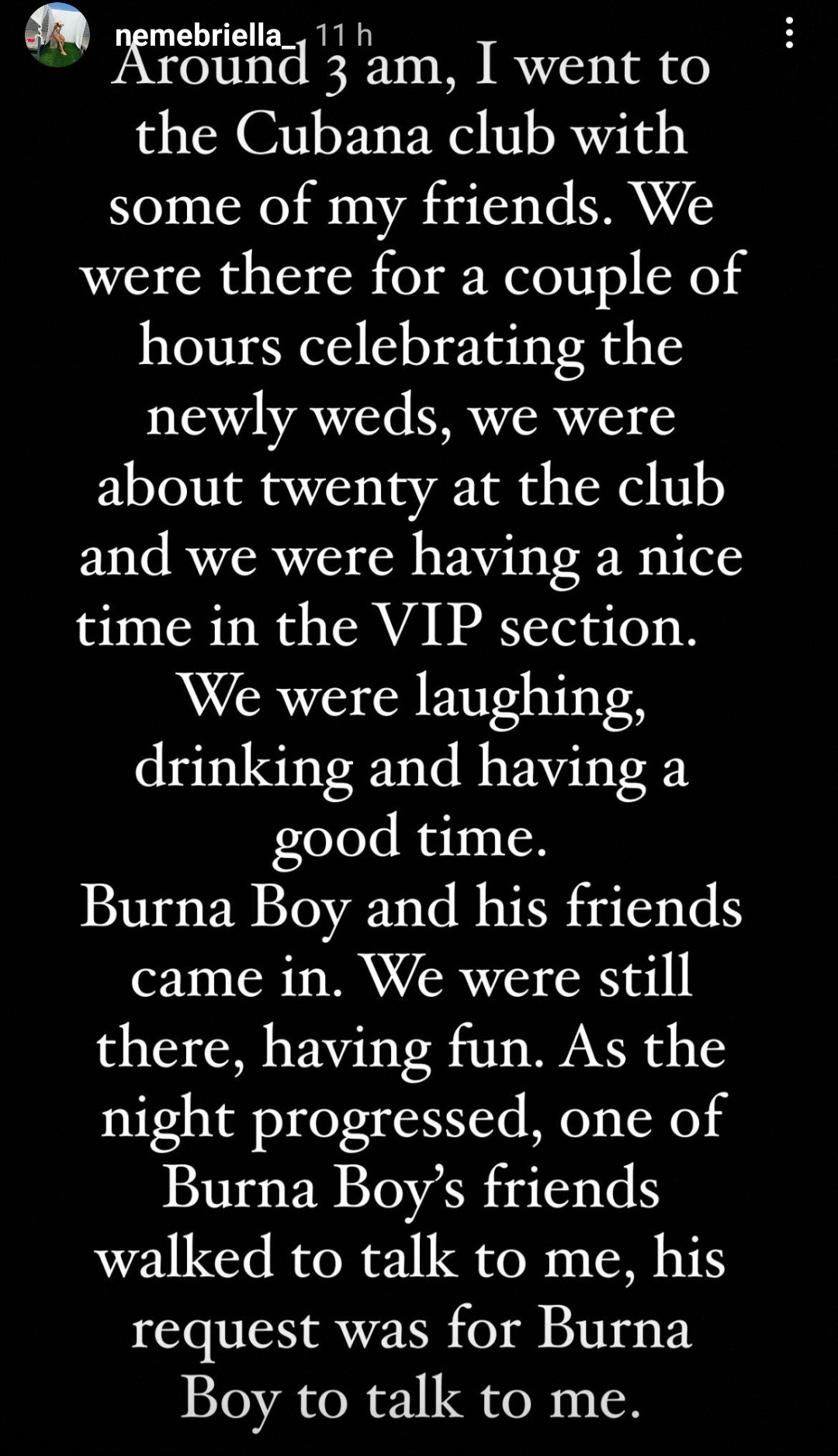 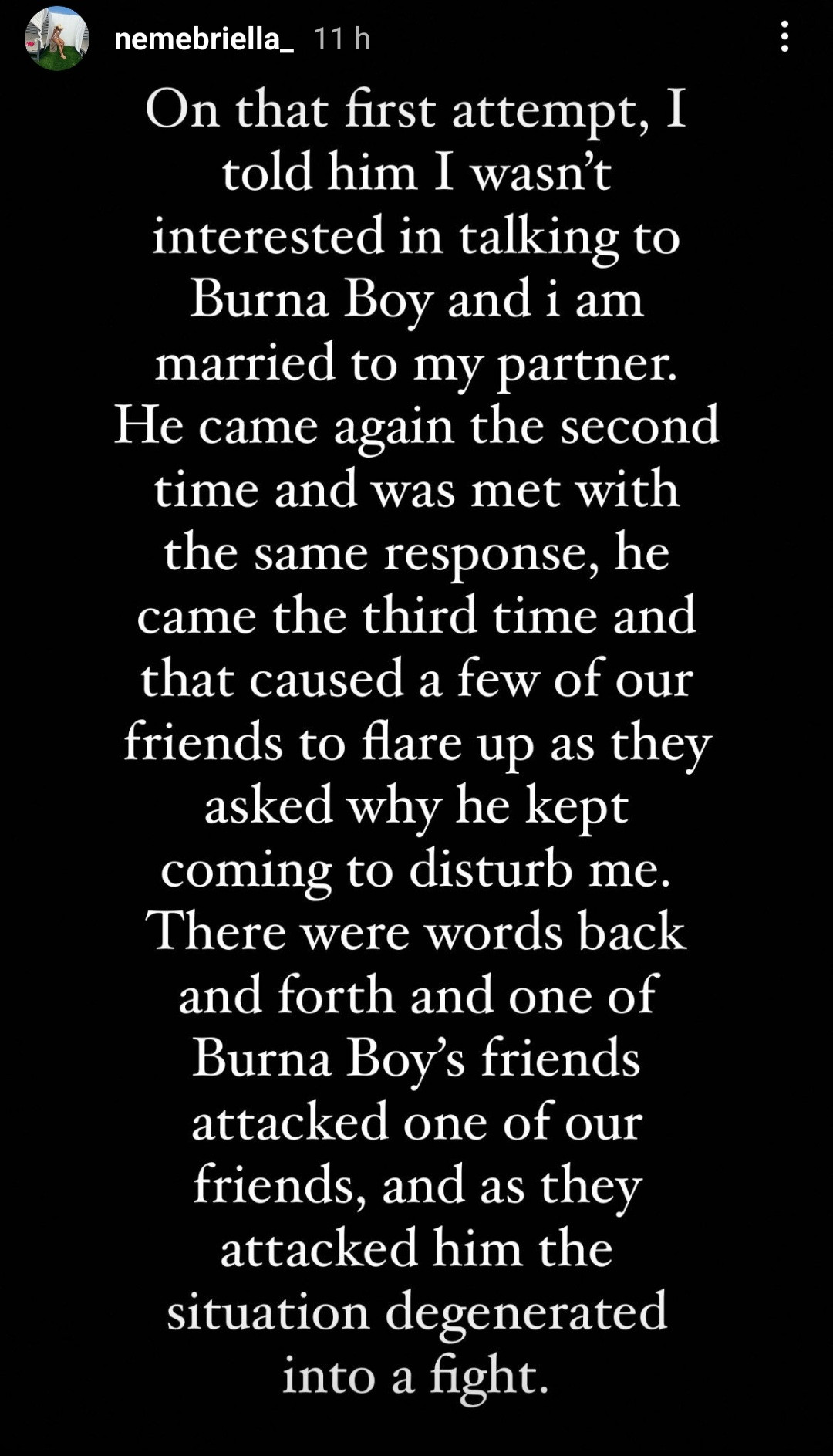 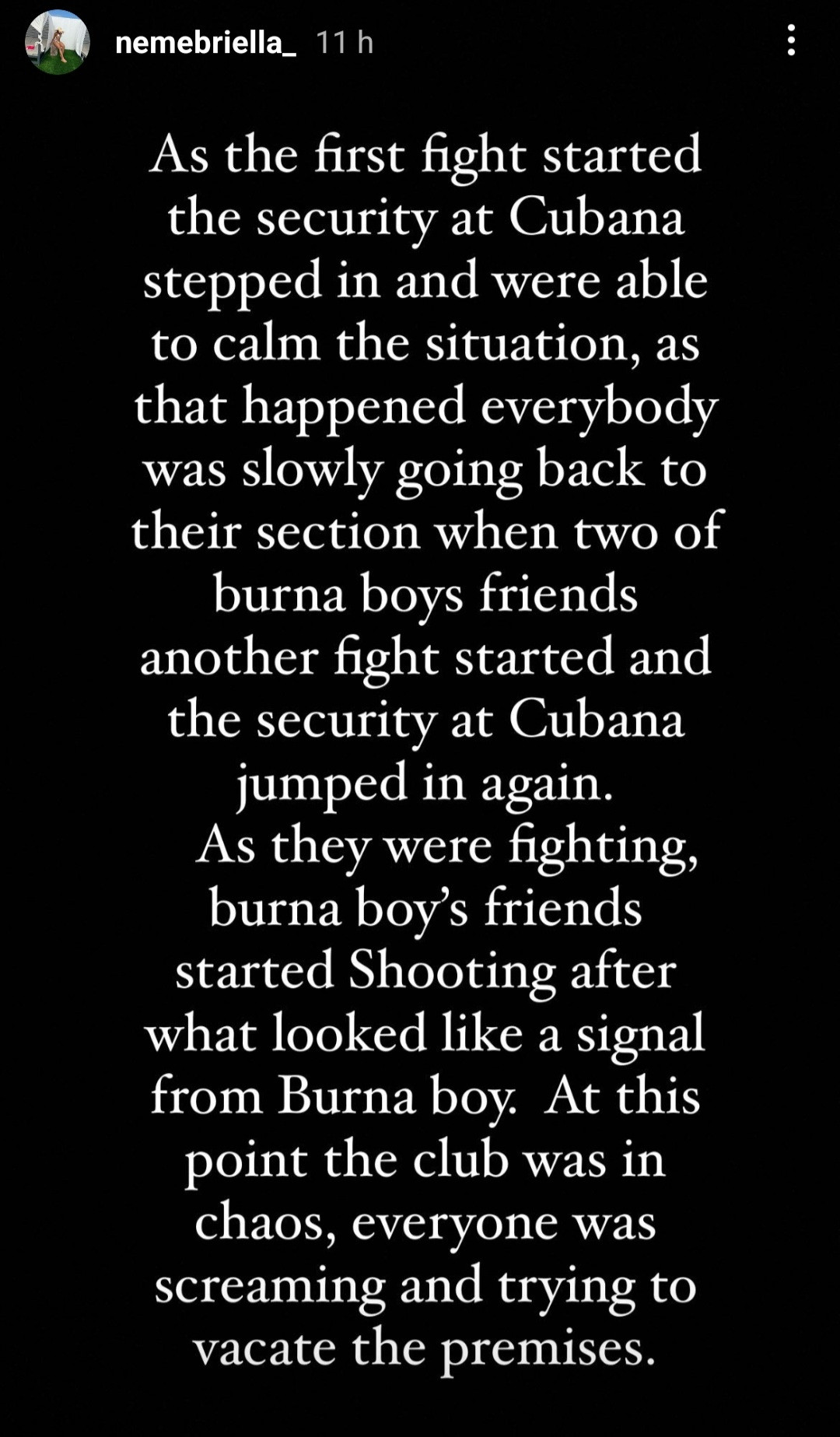 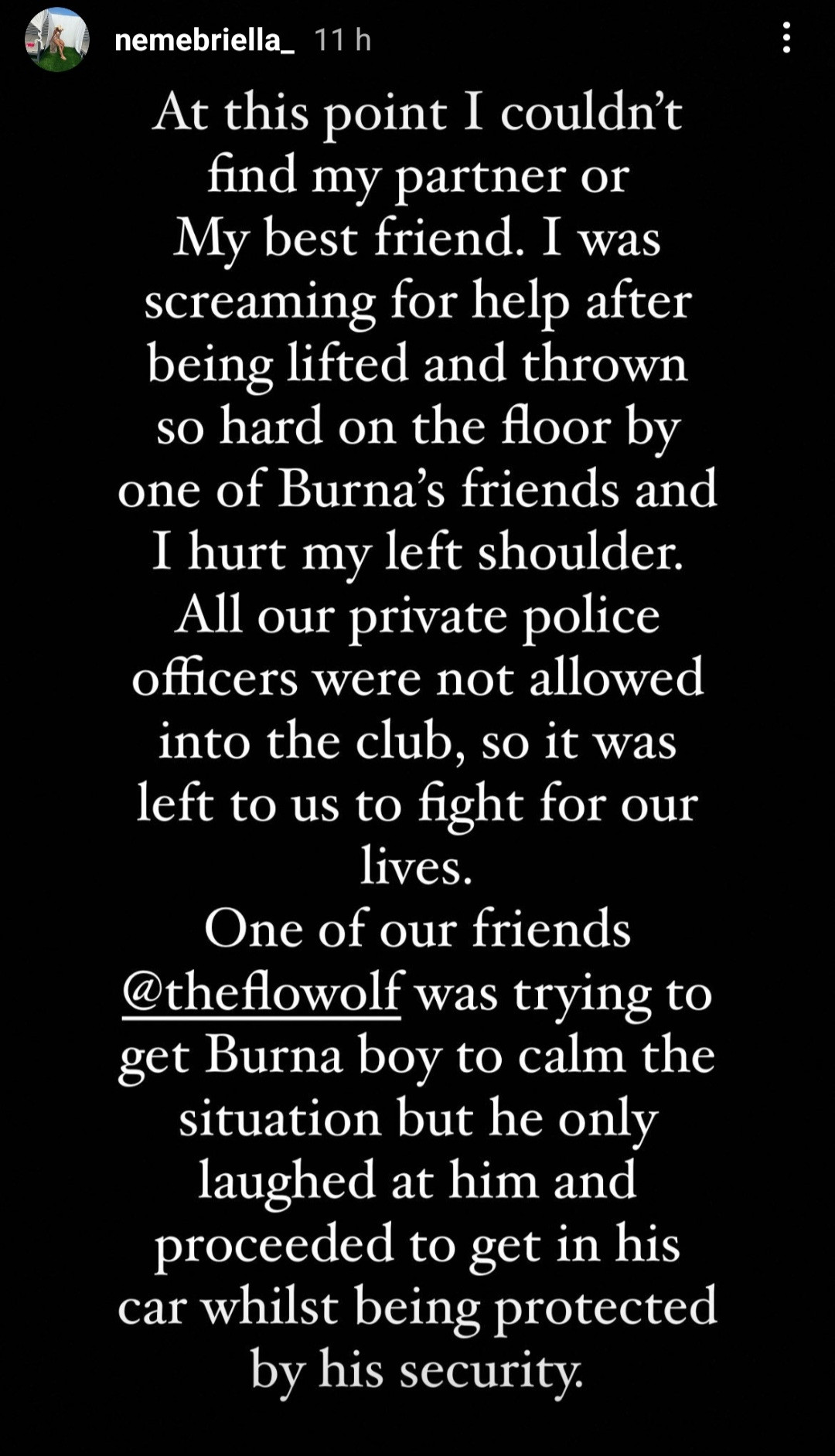 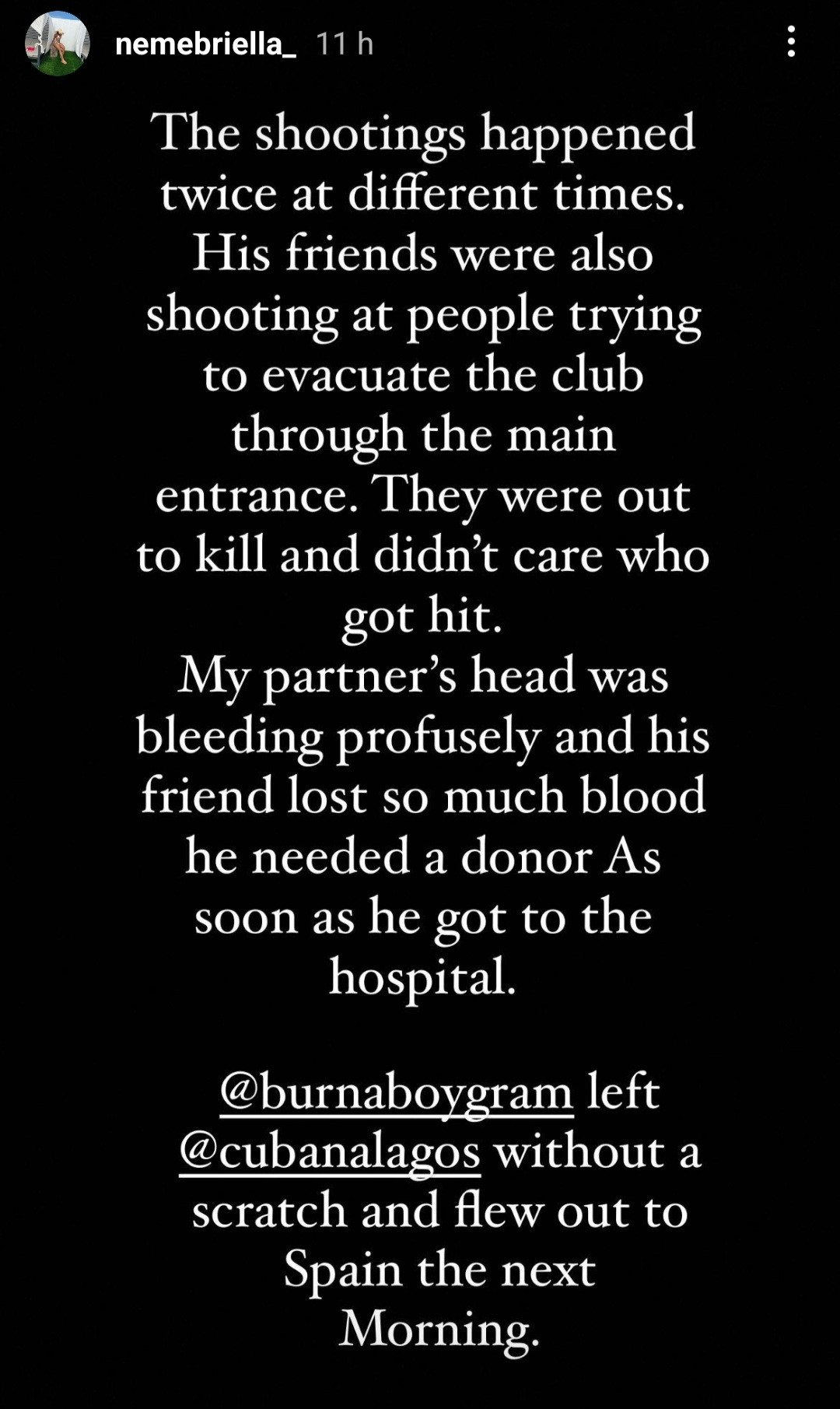 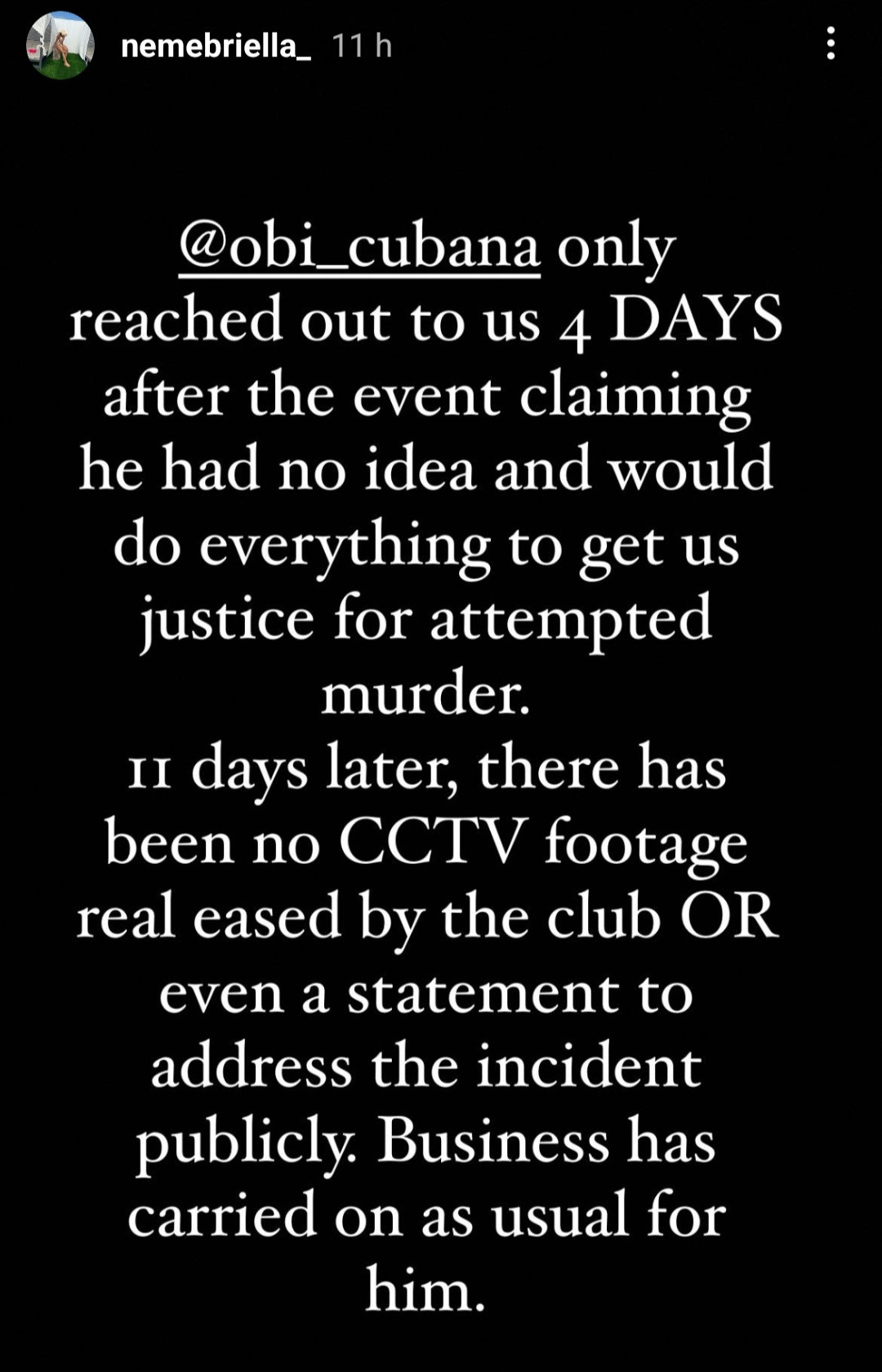 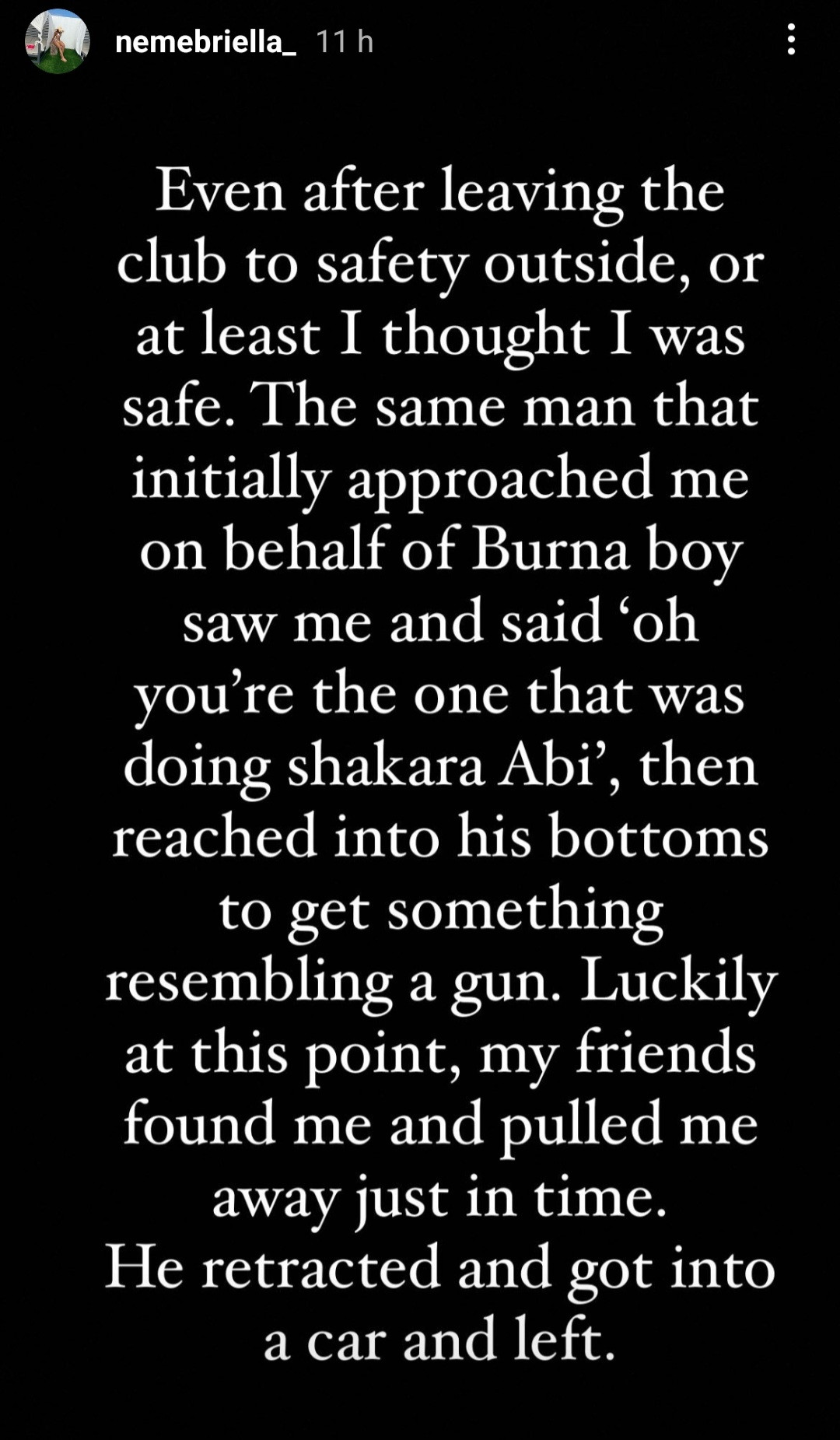