A man identified as Ovye Yakubu has reportedly beaten his wife, Esther Aya Anjugu to death in Nasarawa state.

He was arrested by the police for allegedly beating his wife to death in Nasarawa.

The incident happened in the couple’s residence at Sabonpegi-Shabu community of Lafia Lafia North Development Area on Friday, January 7, 2022.

It was gathered that the accused allegedly beat his wife to death following an argument over mosquito net.

A family member of the deceased who preferred anonymity alledged that a heated argument ensued between the couple when the suspect tried to stop a carpenter engaged by the wife to fix a net to their window.

He alledged that the suspect had beaten up the wife when she insisted that the carpenter should continue with the work.

“The deceased engaged the service of a carpenter to fix a net in their windows to prevent mosquitoes, but the husband stopped the carpenter, which the wife resisted, eventually the husband started beating her in the process,” he alleged.

Spokesperson of the command, ASP Ramhan Nansel, who confirmed the arrest in an interview with the News Agency of Nigeria on Saturday, January 8, in Lafia, said the suspect was arrested same day of the incident.

Nansel said that investigation is ongoing at the State Criminal Investigation Department, Lafia, to unravel the mystery behind the incident.

He said that the corpse of the woman had been deposited at the morgue for post-mortem examination.

Meanwhile, the carpenter who also pleaded anonymity, alledged that the suspect chased him away when he was engaged by the deceased to fix net.

Mrs Aya, a teacher with Government Secondary School, Doka, a Community in Lafia North Development Area, had been embroiled in a family crisis with her husband over the ownership of the house both lived in that snowballed into a lawsuit in the court of law.

The deceased, until her untimely death according to their neighbours was looking depressed and frail over frustration she has been subjected to in her husband’s hands. 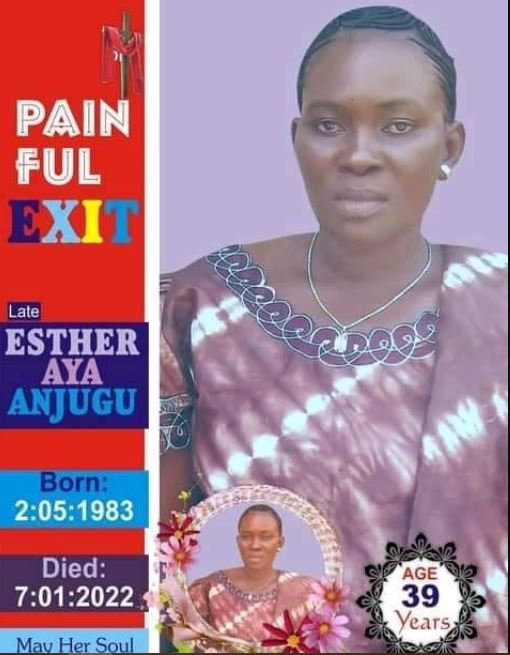 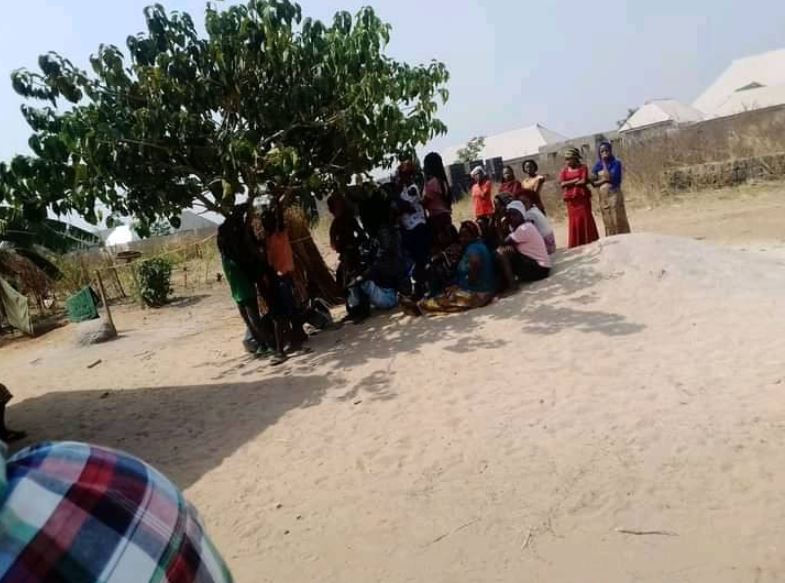 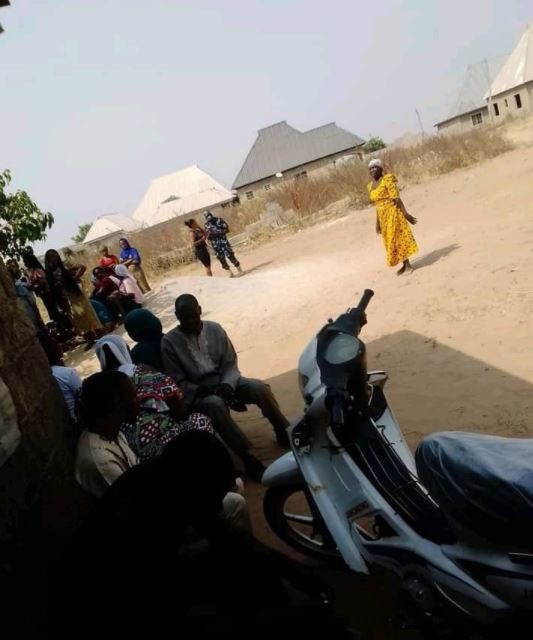 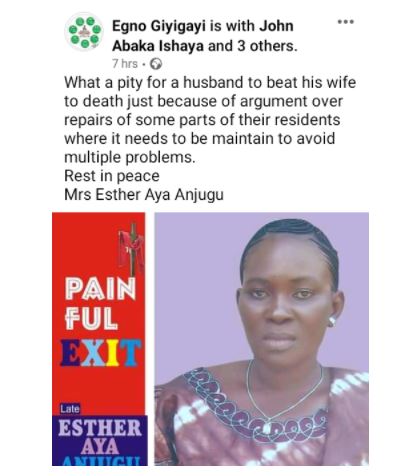 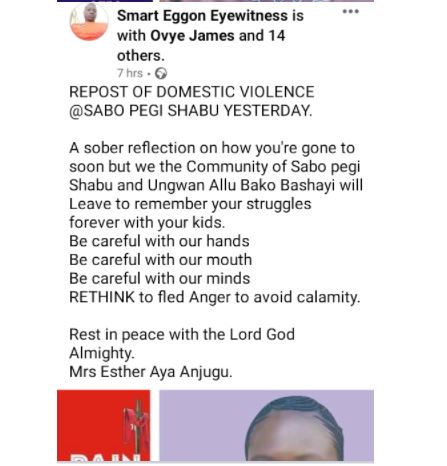 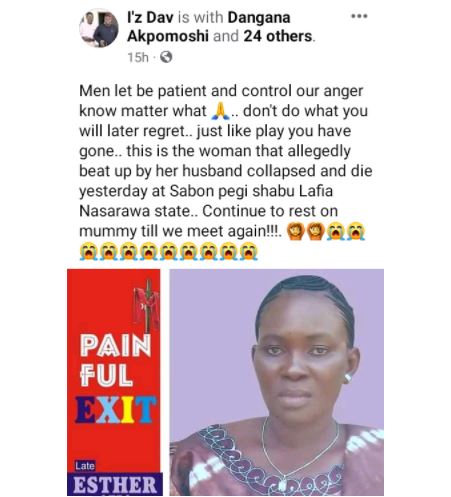