It has been revealed, the top 10 most awarded male artistes in the world.

Wizkid has been ranked on the world most awarded male artists of the 2020s decade list.

Th singer and father-of-three is the only African act to have secured a spot on the list, sharing the same space with the likes of BTS, The Weeknd, Kanye West and others. 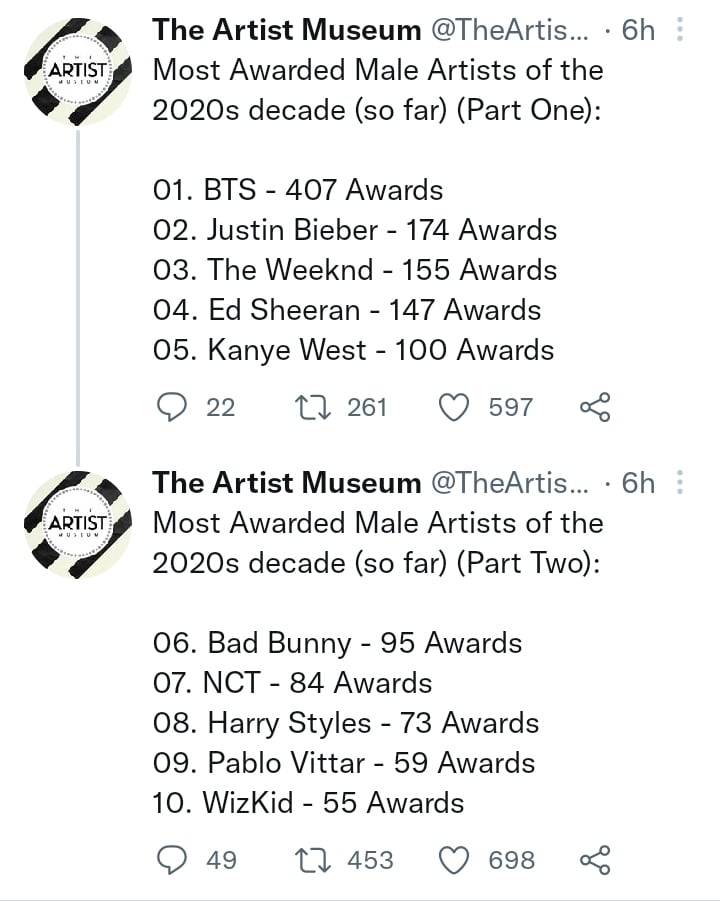 had earlier been crowned the Giant of Afrobeats. The international award body talked about how Wizkid reshaped Afrobeats with his “Made In Lagos” album.

VIDEO: Wizkid Loses Temper As Man Slaps Him On The Head At His Concert

Grammy made a video highlight of his recent success with “Made In Lagos” Album and “Essence” on YouTube ahead of Grammy award ceremony holding on April 4th.

Wizkid has definitely broken several records and taken Nigerian music on a global map with his groundbreaking success.

In other news, Wizkid has die-hard fans and had received accolades after he apologized for arriving very late at recent AfroNation 2020 event and kept the audience waiting for many hours.

Wizkid and many other Nigerian artistes stormed Puerto Rico recently and thrilled the crowds at the Afro Nation festival.