She took to Instagram to raise alarm after she received death threats from a yet-to-be-identified person.

According to the actress, the person keeps sending her DMs and talks her down on social media.

The person even knows her movement and said if she likes she might not come to AMEN Estate again, but she would be tracked down.

The 43-year-old actress who recently bagged a juicy endorsement by the Lagos state government said the troll identified as Fiy_Liaw has been sending her deaths threat messages.

The plus-sized actress further stressed that she had no idea who the person is yet she gets lots of death threats from the user.

How I Became Crippled After My NDLEA Encounter – Baba Suwe Speaks

Sharing some of the messages sent to her private message, Eniola wrote;

“Happening right now……This person constantly writes me and say different things to me…….I don’t know him and do not wish to know him members of the public Egbami ooooooooo”

See the screenshots below; 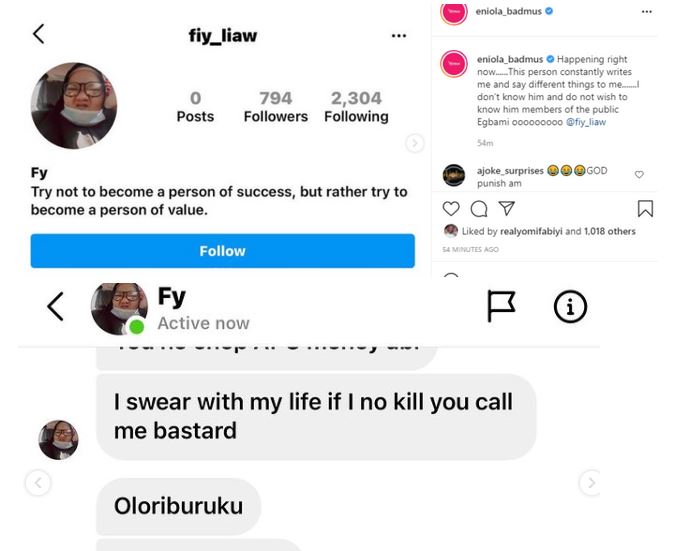 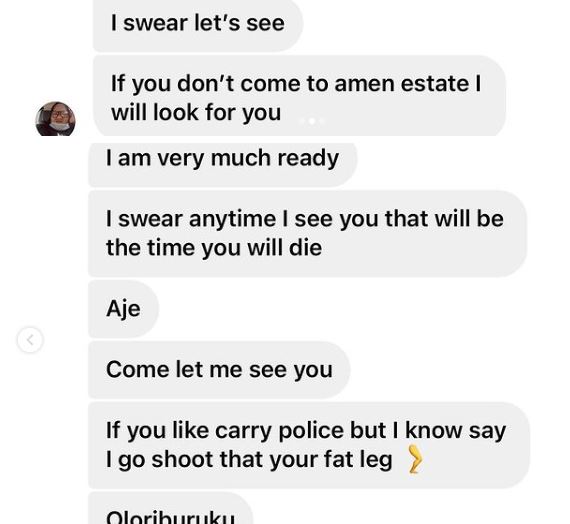 It would be recall that Nollywood actress Eniola Badmus gave an interesting reply to a fan who asked if she’s depressed.

This comes after the actress took to her instastories to chip in the ongoing dispute between Nollywood actresses Toyin Abraham and Liz Anjorin, calling out “Internet monsters” for pitting actors against each other.

Reacting to her post, a fan asked, if she was depressed, Eniola responded by giving all the reasons why she cannot be depressed.