Help! This Young Beautiful Lady Has Been Missing For One Week After She Left Home To Visit Her Boyfriend

The friends and family members of a 22-year-old woman who went missing since she travelled to Warri, Delta State, are now seeking the public’s help in locating her.

It was gathered that the woman, Katherine Isaiah also known as Fegor, left Oleh in lsoko South L.G.A of Delta State, where she resides, to Warri on Thursday, May 6, to visit her boyfriend identified simply as Klever.

Katherine, who works with KEDI Healthcare as a distributor and also sells clothes online, has not been seen or heard from since then.

However, her mother was informed by a Good samaritan that a mentally unstable young woman who resembles Katherine was recently spotted wandering naked in a private school in Warri.

According to the Good samaritan, the young woman was given clothes and transportation fare to go back home. 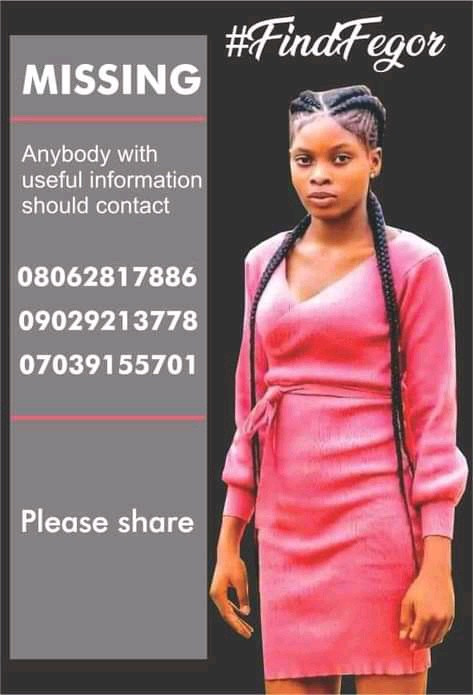