The fiancee of popular Nigerian singer star, Chioma Rowland has been caught hanging out with mystery man amidst several alleged reports of break up with Davido

This is coming at a time bloggers alleged that the two have broken up. It has since caused a stir on social media after she was spotted hanging out with a mystery man.

Recall that recently, Davido was alleged to have cheated with an American rapper, Mya, whom O.B.O was captured on tape having a nice time with.

It would also be recalled that a blogger alleged that the singer and Chioma are allegedly separated since last and that the DMW Records boss is only intentionally trying to piss off the celebrity chef.

In a now-deleted Instastory shared by Chioma, she could be seen having a nice dinner time with a mystery man. Maybe this is her way of moving on already or rather, a happy client of hers. 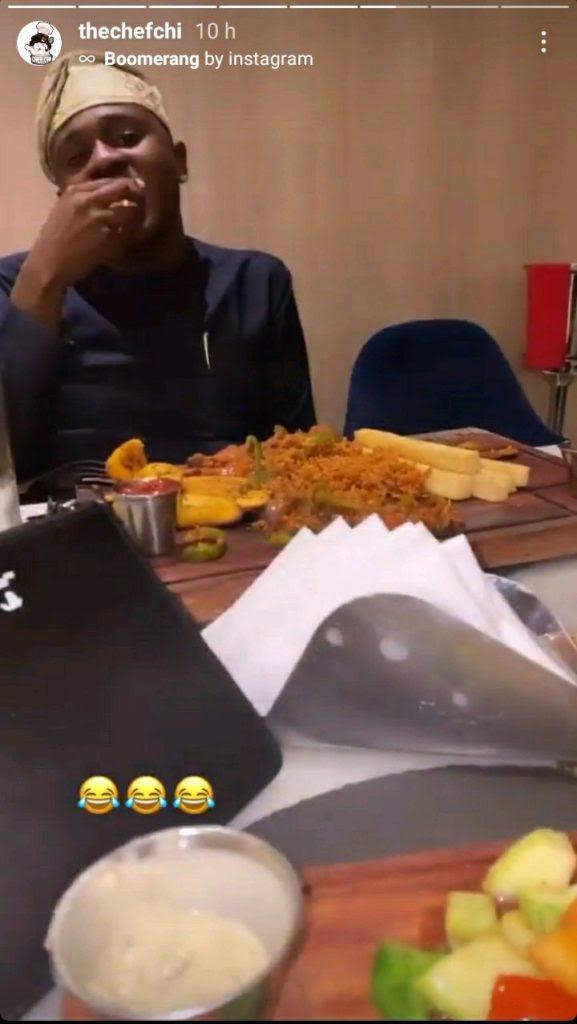