Security operatives have been captured on Camera shooting at protesting students in Abia State Polytechnic, Aba

The students, DAILY GIST reliably gathered were protesting against the police over the alleged rape of a female student of the polytechnic by three operatives of SRS (Special Rapid Response) after allegedly whisking her away from a lodge located on Immaculate Street, Aba.

The SRS operatives were allegedly said to have taken the lady alongside others to an undisclosed location where they allegedly ‘gang’ raped one of the female students.

The alleged victim as at the time reporting is said to be receiving treatment at an undisclosed hospital in Aba.

See Photos And Video Below; 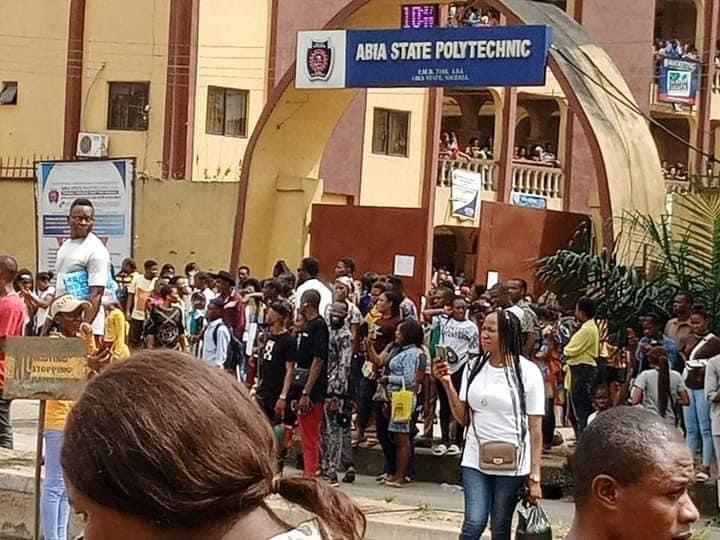 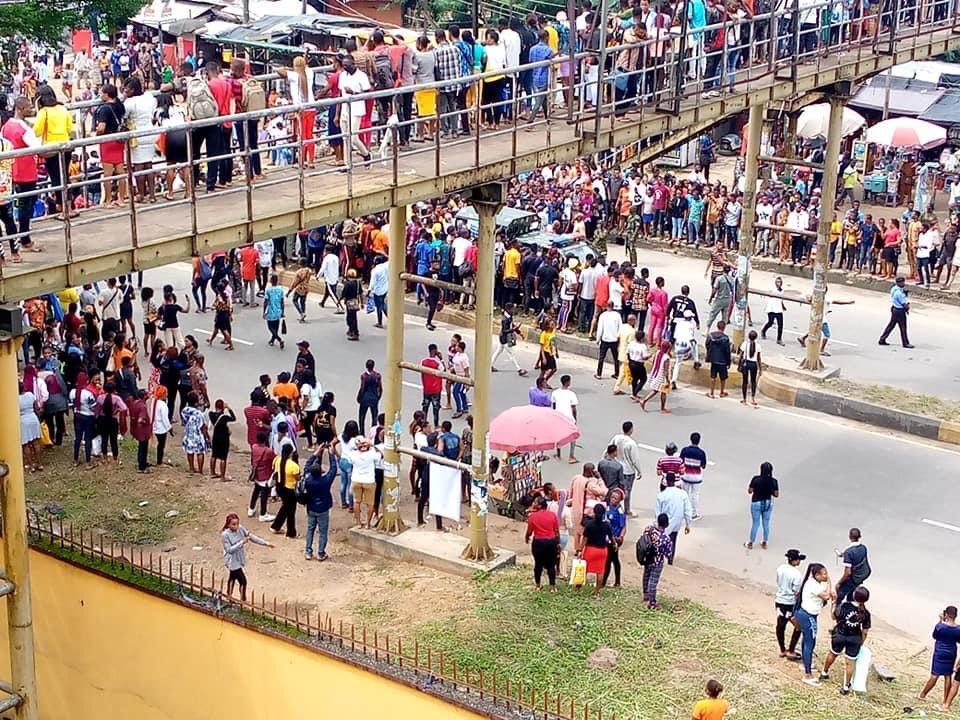 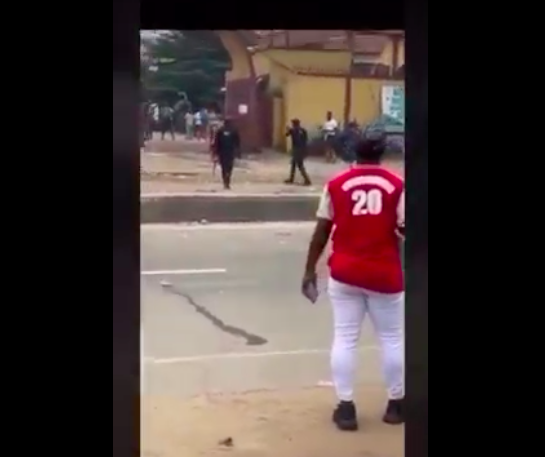 JUST IN: OAU Speaks On Reopening After Senate Decisions On Students’ Protest

JUST IN: FG Approves Stipends For Students In Federal Varsities