Cute Abiola who is also a navy personnel was declared missing by Fellow comedian, Mr Macaroni who shared the news on Twitter

He also attached a Whatsapp message he received. From the message, it was alleged that the last time Cute Abiola’s wife and associates heard from him was on November 15.

While it was stated that no one has heard from him since then, it was also alleged that he was locked up in a Nigerian navy cell and nobody knows the offence he committed.

Mr Macaroni urged the Nigerian navy to make a clarification on Abiola’s whereabout, to put everyone’s mind at rest.

Cute Abiola was said to have called his wife on the telephone at his office, but several attempts to reach him later have proved abortive.

Navy Reveals Punishment To Be Served By Comedian Cute Abiola

“His wife and other associates have made several attempts to contact him but to no avail. Since he last communicated with his wife and associates that he already got to the office, he has not returned to his family and no one has heard from him till this moment,” the statement said.

While his whereabouts remain unclear, reports said he had been locked up in a cell without the naval authorities making his detention public.

“It was subsequently gathered from a reliable source that he has been locked up in the Nigerian Navy cell since he got to the office yesterday morning till the time of posting this information without being fed, and no date has been stated for his release from custody,” the statement disclosed.

“This unfortunate situation has rendered his wife emotionally tortured and traumatized as The Cute Abiola is an Ulcer patient. Hence, not feeding an Ulcer patient as punishment for an undisclosed offence is something to be worried about with a view to avoiding unnecessary circumstance with regards to the health of The Cute Abiola.”

However, the spokesperson for the Nigerian Navy, Suleman Dahun while reacting said he was unaware of the matter as at the time of filling this report.

It would be recalled that Cute Abiola was arrested last year after sharing his birthday photos in a navy uniform. 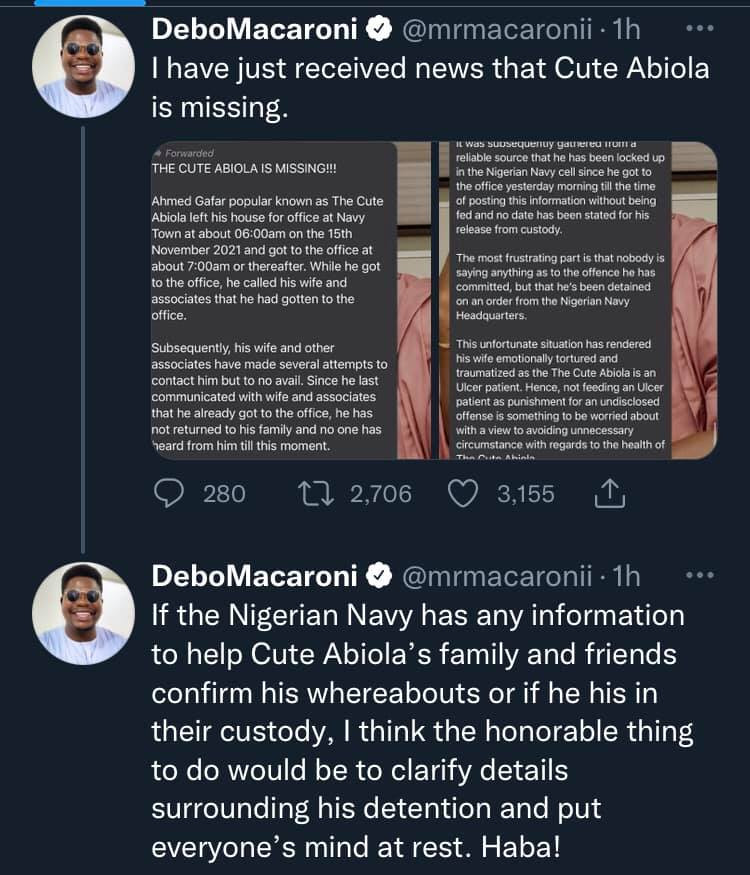 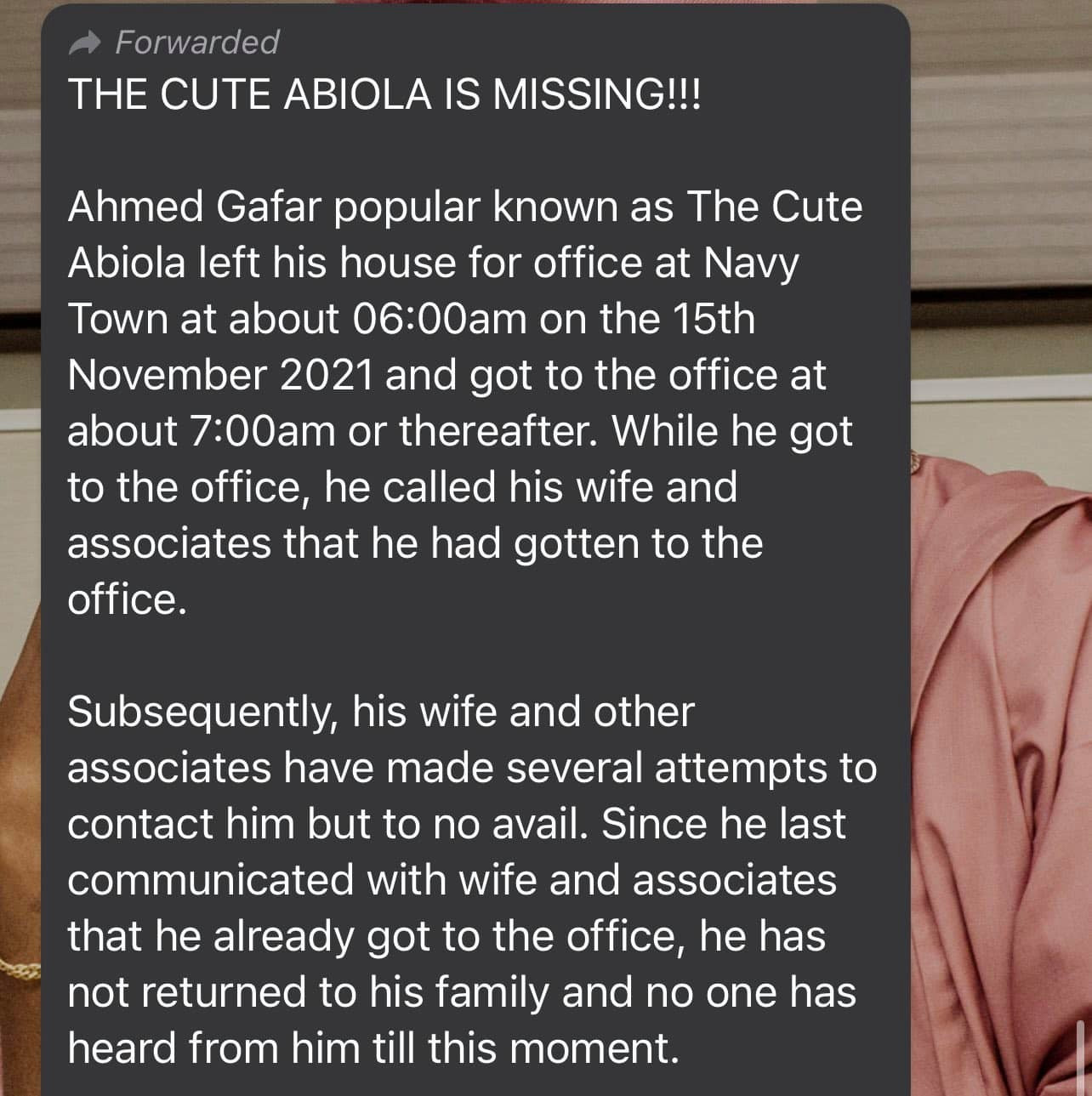 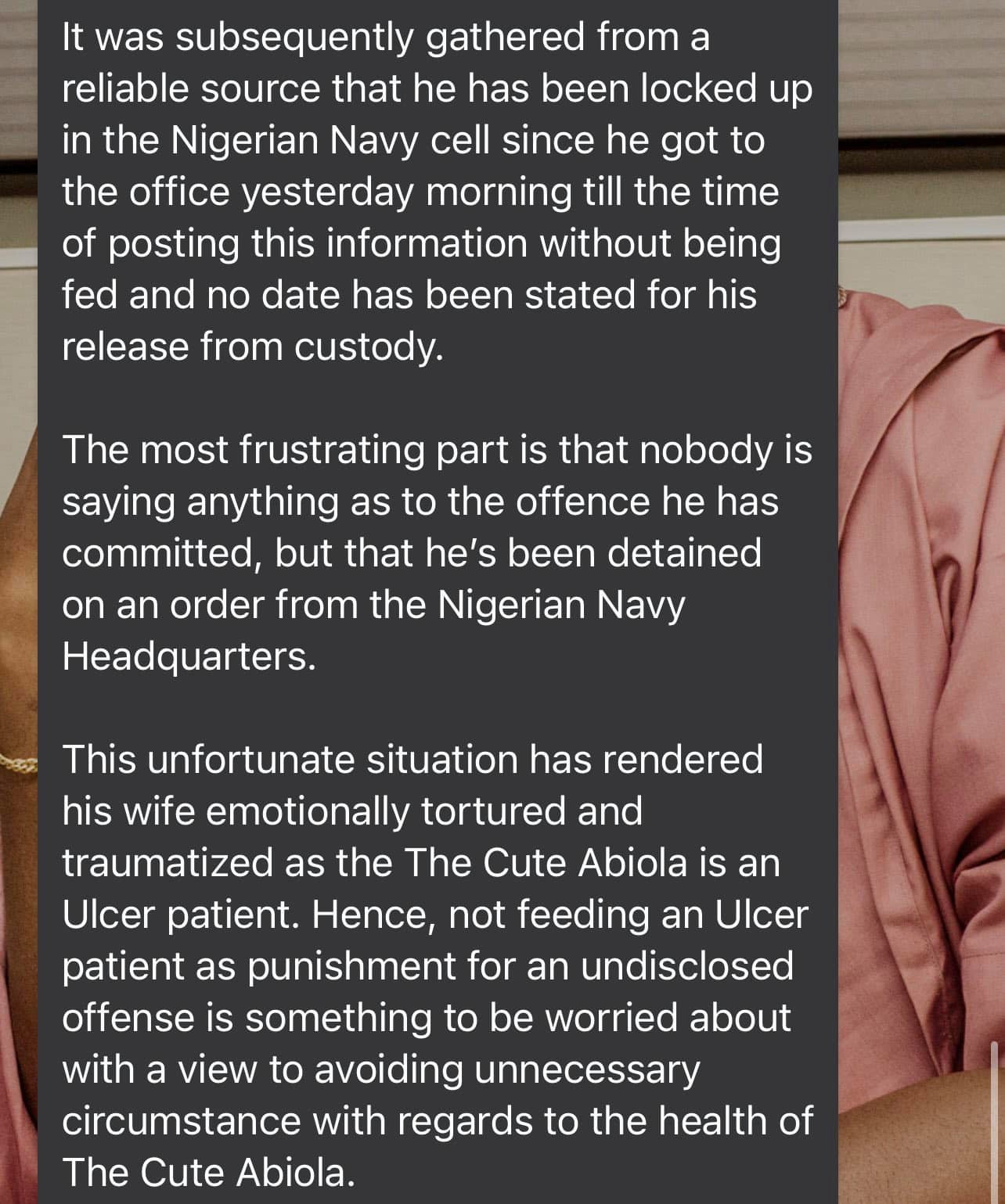 Check Out The Events, Controversies, Scandals That Shooked The Country In 2021