A security outfit has been unveiled in Abeokuta, ogun state by the Oduduwa republic as part of efforts towards actualising their agitation for an independent nation.

It was gathered that the agitators stormed Abeokuta for a massive rally to create awareness about the oduduwa nation and it’s alleged new security outfits. 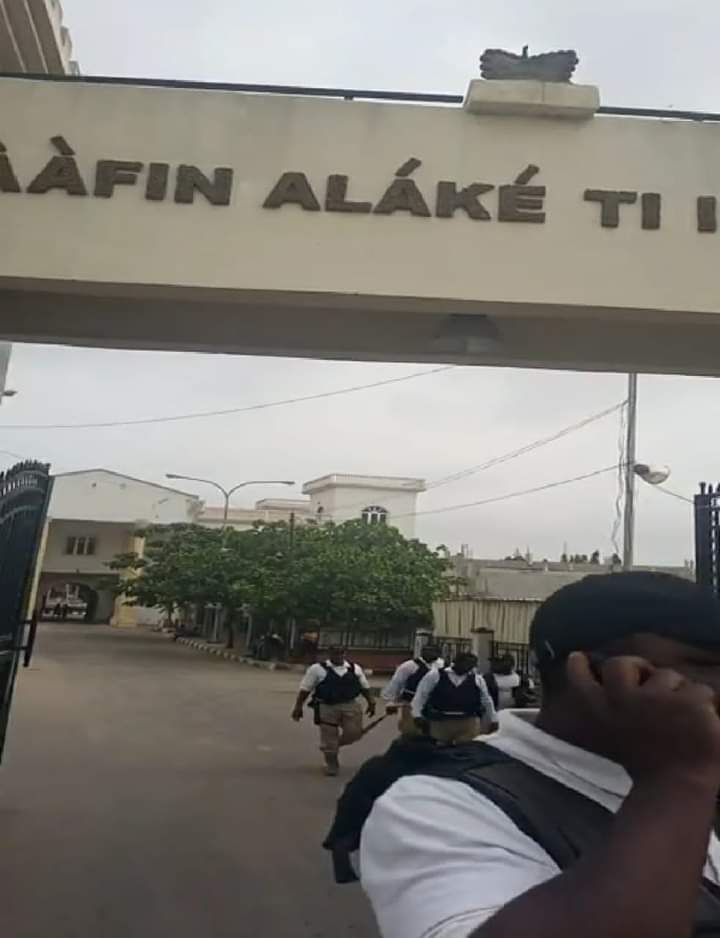 With branded vehicles, T-shirts and banners, they marched to the palace of the Alake of Egbaland, Oba Adedotun Aremu Gbadebo.

The monarch however was said to have travelled out of the State for a presentation at the Senate in Abuja.

Recall that Sunday Igboho’s spokesperson, Olayomi Koiki, had recently threatened that Yoruba youths would invade the palace of the Alake for not supporting Sunday Igboho’s call for a Yoruba nation 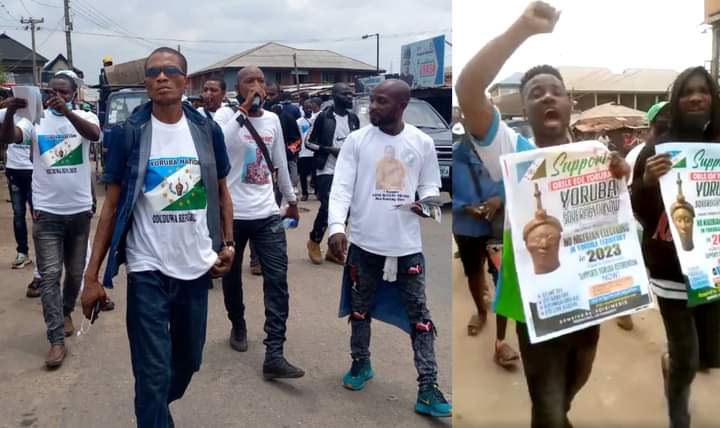 But, Tuesday’s march to the Oba’s palace was a peaceful demonstration devoid of any act of violence.

“Yoruba Nation Warriors Ogun State Chapter. This is the first batch from Ogun State,” it posted on Twitter.