The Nigerian Army Corps of Military Police (NACMP) has arrested another soldier for being in possession of illegal ammunition.

The arrested Soldier is identified to be Sergeant Thaddeus with service number 04NA/55/0931.

It was gathered that Thaddeus was nabbed at the gate of Maimalari Barracks, Maiduguri with about 112 rounds of stolen 7.62mm special.

“AT ABOUT 250615A MARCH 22. 04NA/55/0931 SGT THADDEUS OF 17 FIELD WAS ARRESTED AT MAIMALARI CANTONMENT MAIN GATE WITH 112 ROUNDS OF 7.62MM GOING ON PASS TO KADUNA. HE WAS TAKING TO MILITARY POLICE DUTY ROOM FOR FURTHER INFORMATION,” a military signal reads. 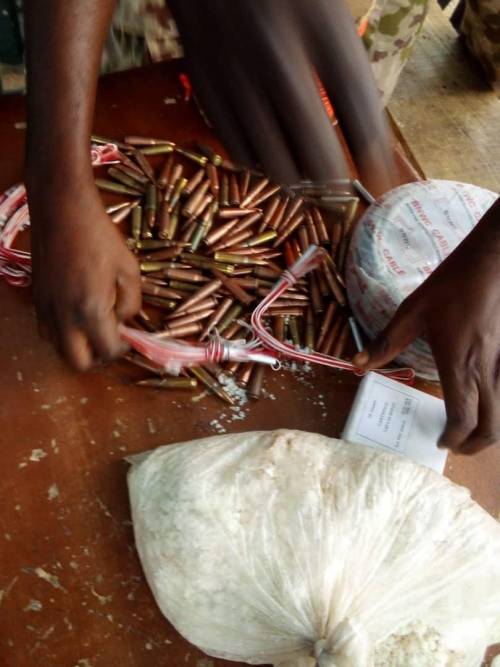 It would be recalled that a soldier identified as Momoh Sunday with service number 17NA/76/0820 was also arrested at the same gate of Maimalari Barracks with about 300 rounds of 7.62mm special.

Why Over 200 Soldiers Withdrew From Military – Nigerian Army

Why We Beat Police Officer To Death In Lagos — Nigerian Army

JUST IN: Army Reacts To Attack On Presidential Guard Soldiers By Terrorists

JUST IN: Another Governorship Candidate Dies In Abuja