Several other security personnel were said to have seriously injured in the incident.

The incident occurred in the wee hours of Tuesday.

Several equipments were damaged in the attack that lasted hours.

Report stated that aside attacking in large numbers, the bandits were armed with heavy armament including Rocket-Propelled Grenade (RPGs), explosives and special weapons.

Pandemonium In UNIBEN As Students Beat up Soldiers(Video)

It was gathered that troops have since mobilized heavy reinforcements and are on the trail of the bandits. 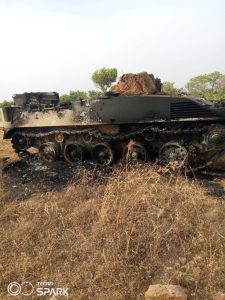 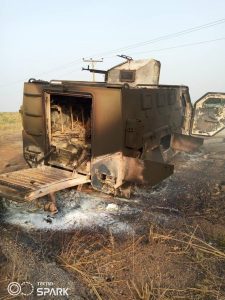 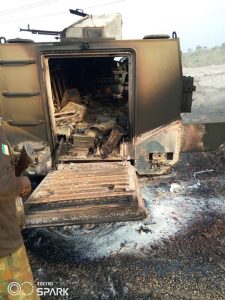 Shocking!! Tension As Nigerian Pastor Dies While Preaching Against Money Ritualists In Church(Video)

Shocking!! Tension As Nigerian Pastor Dies While Preaching Against Money Ritualists In Church(Video)